BUDAPEST, July 6 (Xinhua) - Another victim of the tragic Hungarian boat crash has been identified in the river Danube some 55 km south of Budapest, according to a Hungarian police statement published here on Saturday. 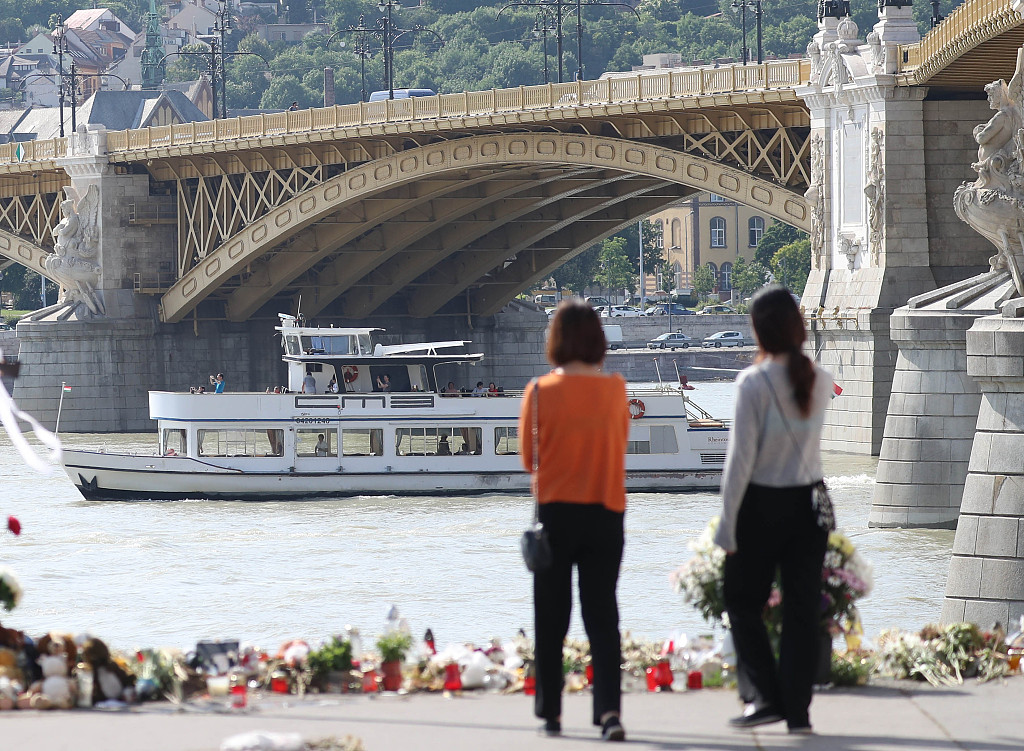 "The woman found at the Makad (55 km south of Budapest) section of the Danube was also a passenger of the Hableany (Mermaid)," Hungarian police said in the statement.

"The patrols of the search team reported on July 5, 2019 at 11:55 a.m. that a corpse was found in the river-wash of the Danube in the region of Makad. The identification of the body was carried out, the woman searched as a missing person so far is a victim of the Danube boat accident of May 29, 2019," the statement detailed.

Participants of the search are still looking for one South Korean passenger on the Danube from the Margaret Bridge to the southern state border, according to the Hungarian police.

In the 35 people onboard, only seven survived. Twenty-eight people, including 26 South Korean tourists and two Hungarian crew members, died after the Mermaid sightseeing boat capsized and sank seconds after colliding with the Swiss Viking Sigyn cruise ship. One passenger is still registered as missing.