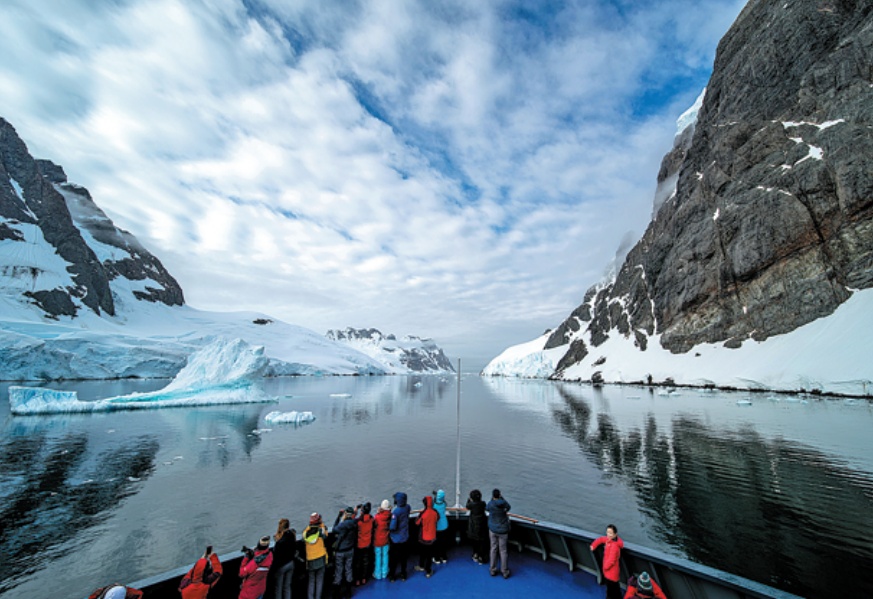 Warming water and receding sea ice in the western Antarctic Peninsula is changing the local plankton community, with potential consequences for climate change, according to research led by Chinese and Western scientists.

The study found water temperature and sea-ice cover to be the dominant factors affecting the makeup of microscopic sea life in the region, with declines in species richness and the evenness of their spread leading to less ocean absorption of carbon dioxide, the gas associated with global warming.

"This plankton community is like an invisible forest in the ocean that sucks up carbon dioxide from the atmosphere, so changes to it are incredibly important," said Lin Yajuan, lead author of the study and an assistant professor of biogeochemistry at Duke Kunshan University in Kunshan, Jiangsu province.

"The research suggested that the 'forest' may be doing less of this in the western Antarctic Peninsula."

A paper about the research, a joint effort by scientists at Duke University in the United States and Duke Kunshan University initiated in 2012, was published by the scientific journal Nature Communications, which is based in the United Kingdom.

Researchers said the study was the longest one ever conducted to gather DNA evidence of the plankton community structure and continuous carbon export in the Antarctic region.

Over a five-year period, the research team made trips to the region to collect samples. They collected DNA samples of microbial sea life, including algae and microzooplankton, and they employed a mass spectrometer to monitor carbon sequestration levels.

They found significant changes in the community of microscopic sea life, as organisms that were better adapted to a warmer environment with less ice survived and others perished.

"Such changes may have an impact on climate change, as analysis of the changing community showed a reduction in the amount of carbon dioxide it absorbed from the atmosphere," Lin said.

"Also, the western Antarctic Peninsula has been the fastest warming ocean globally, so the findings from there are likely to be an indicator of what might happen elsewhere as a result of rising water temperatures."

Their findings also suggested that as climate change continues to affect coastal Antarctic regions, there could be substantial declines in plankton biodiversity and biological carbon drawdown, impacting the Southern Ocean's capacity to mitigate carbon emissions into the atmosphere, she said.

Earlier this month, the Intergovernmental Panel on Climate Change of the United Nations published a report that detailed the dangers of changes to the world's oceans, ice caps and land in the coming decades.

The 15th meeting of the parties to the UN Convention on Biological Diversity is scheduled to be held in October, followed the next month by this year's United Nations Climate Change Conference.

"Our research results added to the data about climate change and biodiversity, and they could help provide us with a clearer picture of what's happening on Earth," Lin said. "However, a longer study will be needed to confirm the pattern."