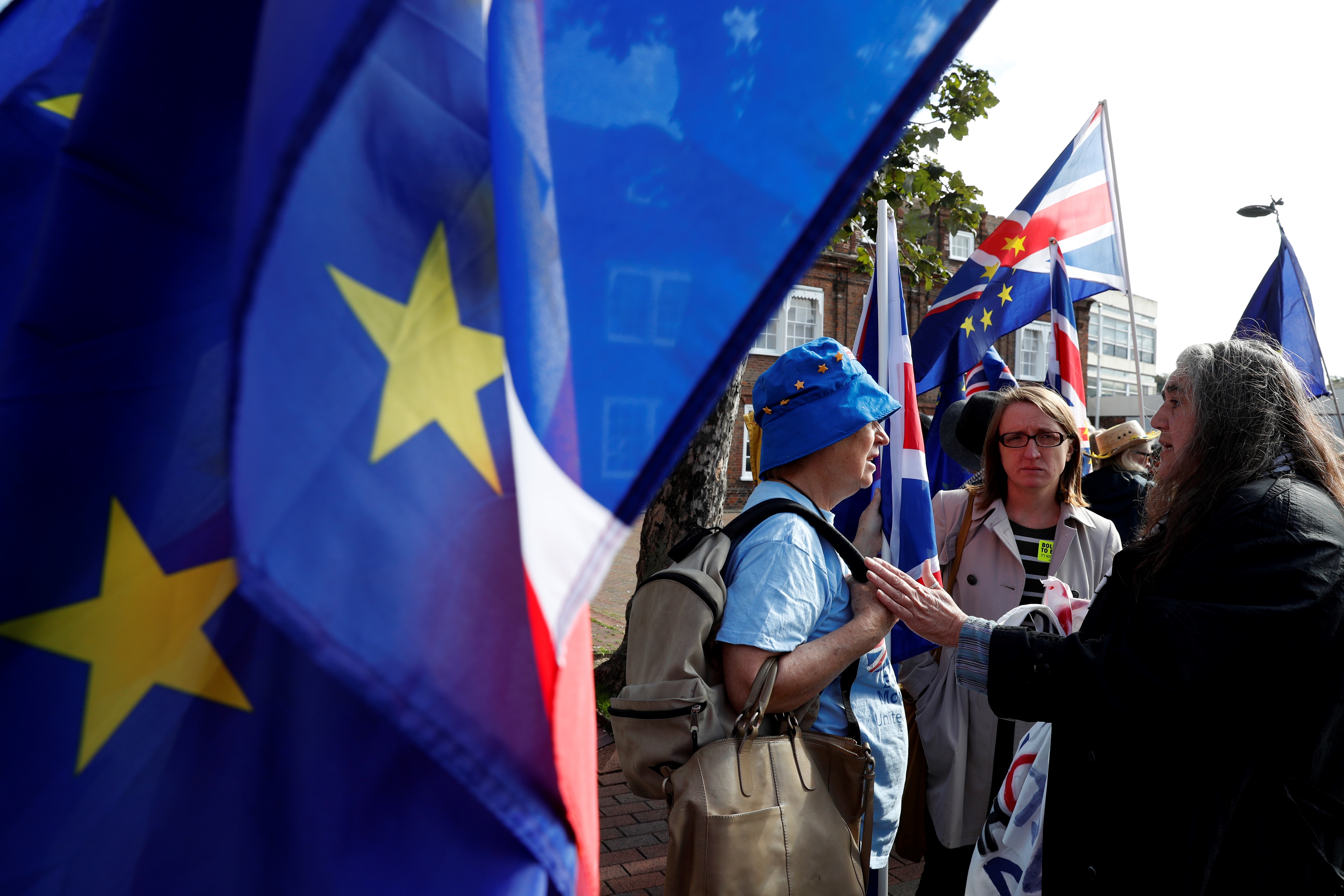 The 53-year-old businesswoman, who has previously called for a popular vote on the final withdrawal deal, said that "no-one truly understands what Brexit means for Britain".

"Our country is crying out for clarity," she said, adding: "There is a panic in the air -- and time is fast running out."

Miller became a public figure when she successfully launched a legal challenge against the government to force it to consult parliament in the Brexit process.

Her new website, www.endthechaos.co.uk, aims to offer "a trusted source of information from which people can decide for themselves" what they want for Britain's future.

It would "allow the light of transparency to disinfect the poisonous and unproductive debates around Brexit that we are all sick of".

She told AFP she wanted "more pressure put on the MPs to give people another say", either in an election or new referendum.

She was speaking in the port of Dover on the Channel, the busiest shipping lane in the world which she emphasised was "crucial" for the British economy.

There are concerns that if Britain and the EU fail to reach a deal before Brexit in March, the resulting border checks could cause huge tailbacks of lorries in Dover.

"Did Dover residents who voted Leave realise the outcome of that decision could potentially leave them marooned in their homes for up to three months following our departure?" she said.

Dover voted by 62.2 percent to leave the EU in the 2016 referendum, compared to 52 percent across the whole of Britain.

A small group of anti-Brexit protesters gathered outside the town hall on Friday, holding up UK and EU flags.

"I don't think people would make the same decision now if they were given another chance, because so much has come out that people didn't know," said one, John McHugo.

But local Janet Pott, 66, said she voted for Brexit and would do so again.

"The main reason for voting Leave was the incessant lorries that come through Dover" from the rest of the EU, she said.

Miller's legal challenge made her a hate figure among many Brexit supporters, and she has been the target of racist abuse and death threats.

"The attacks actually made me more resolved on what I do because it shows me the side of Britain that I think is unacceptable," she told AFP.

Despite her latest project, which she says she is funding herself, she insists she has no plans to formally enter politics.

"There is something very dishonest happening in our politics at the moment, sort of a double speak and a real lack of regard for the general public and I am not willing to be part of that," she said.