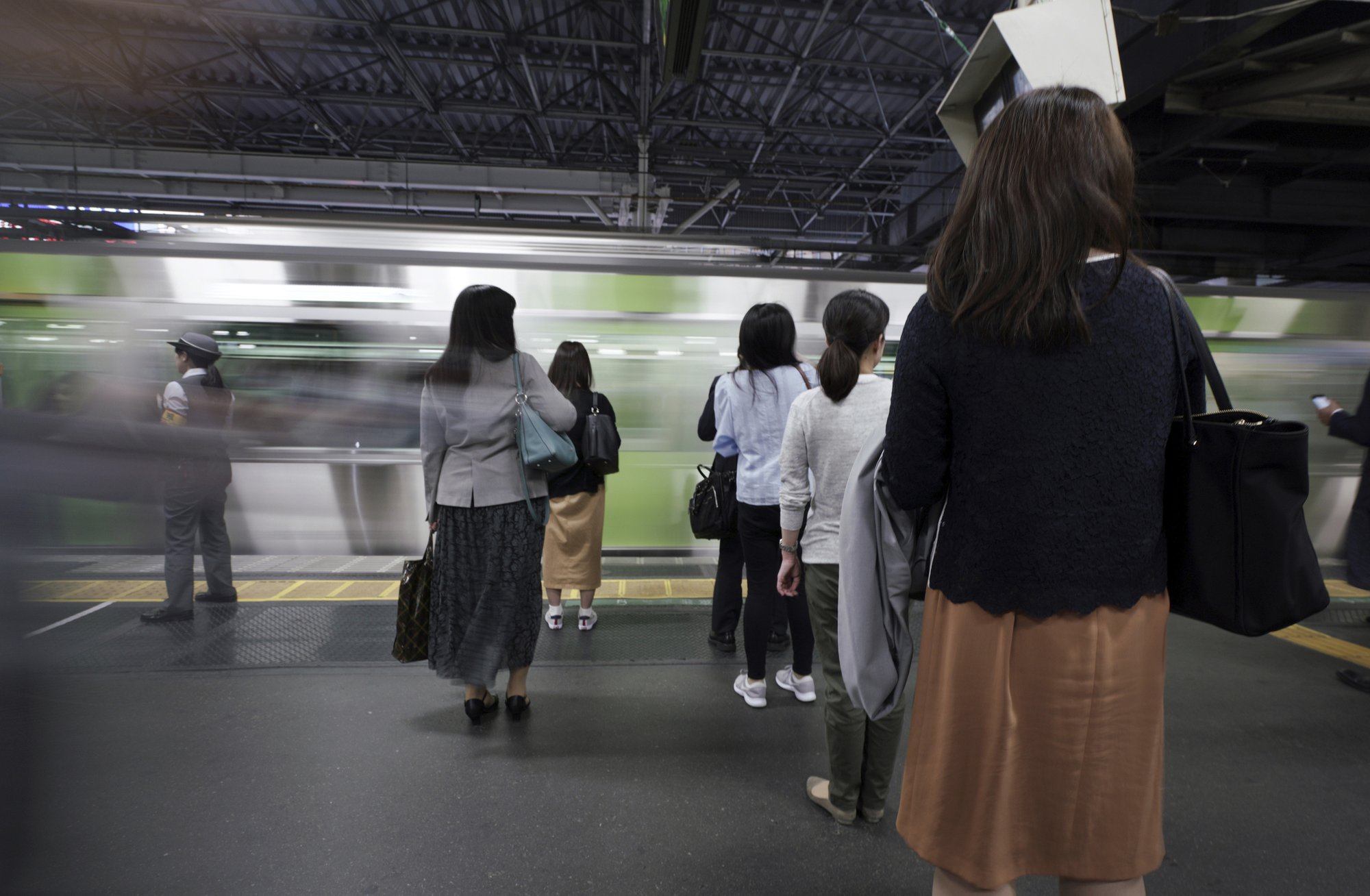 Commuters wait to get on a train at a station Wednesday, May 22, 2019, in Tokyo. A police-developed smartphone app with anti-sex crime alarms has won massive subscriptions as Japanese women try to arm themselves against gropers on packed rush-hour trains. (AP Photo /Eugene Hoshiko)

A smartphone app developed by Japanese police is being widely downloaded by women trying to protect themselves from gropers on packed rush-hour trains.

The “Digi Police” app was originally issued by Tokyo police three years ago, but a function to scare off molesters was only added a few months ago. Since then, the app has reportedly been downloaded hundreds of thousands of times — unusual for a government-developed mobile application.

Women in crowded trains and other public places in Japan often face sexual harassment, but are typically too afraid to call out for help due to a sense of embarrassment.

With the app, victims can press a “repel groper” icon to produce a written message saying “There is a groper here. Please help.” With another press, the message turns red and a voice repeatedly says, “Please stop!”

The app includes an alarm and can notify a designated email address when used — a feature that can also be used by children and their parents. Users can also locate crime-prone areas and police stations on a map.

Violent crime is rare in Japan, but groping — ranging from rubbing against victims to placing a hand under their clothing — is an everyday occurrence. It has been taken lightly as a “nuisance,” so posters have been put up at stations and in train cars to remind passengers that groping is a crime.

The Tokyo Metropolitan Police said 2,620 sexual crimes were reported in 2017, including 1,750 cases of groping, mostly on trains or at stations.