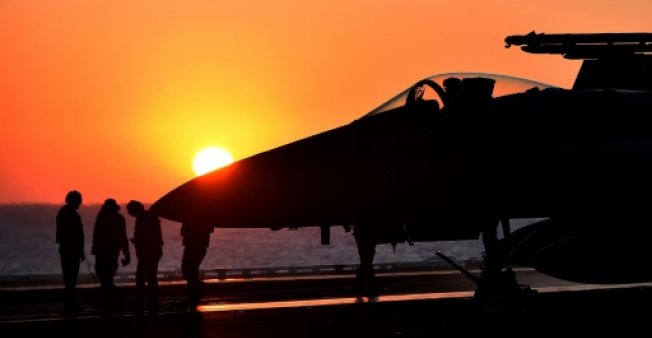 An F/A-18E Super Hornet taxis on the super carrier USS Dwight D. Eisenhower deployed in the eastern Mediterranean on July 6, 2016 for the US-led air campaign against the Islamic State group in Iraq and Syria. Photo: AFP 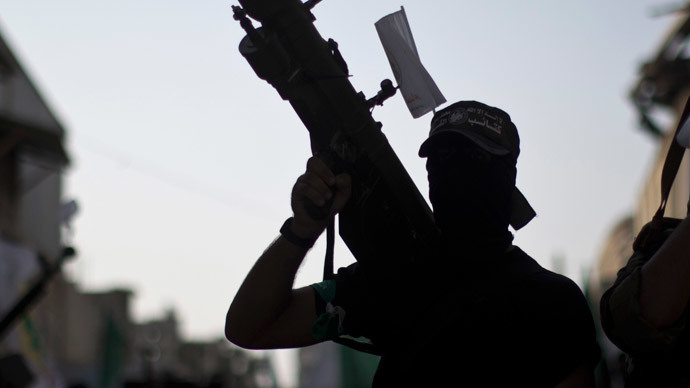 It has been reported that the ISIS caliphate is shrinking and members are returning home. Photo: AFP

Air strikes by the US-led coalition against the Islamic State group in Iraq and Syria have dropped significantly, a spokesman said Tuesday, as the war against the jihadists winds down.

A single strike on November 8 "marked fewest strikes/munitions dropped" in the more than three-year-old campaign against IS, coalition spokesman Colonel Ryan Dillon said on social media.

"Nearly all territory once controlled by ISIS retaken; 7.5 million people no longer under Daesh control," wrote Dillon, using alternative acronyms for IS.

Coalition aircraft have conducted dozens of strikes, which can each consist of multiple engagements, in November, a month that saw heavy fighting to dislodge IS from its last remaining bastions.

Syrian regime and allied forces this month retook the town of Albu Kamal, which lies on the border with Iraq, where anti-IS forces also retook Rawa, the last town the jihadists held in the country.

Nonetheless, major operations -- such as those that saw tens of thousands of troops battle for several months to retake Mosul, Iraq's second city, in July, and Raqa, the jihadists' main hub in Syria, last month -- are over.

At its peak, when coalition-backed forces were battling IS on multiple fronts across the "caliphate" IS proclaimed in July 2014, the daily count of air strikes could top 50.

Reflecting the decline in anti-IS operations, the coalition announced on Tuesday that it would only divulge the details of its strikes twice weekly instead of daily.

In August 2014, then US president Barack Obama sent warplanes to carry out strikes against IS when the jihadist group was massacring members of the Yazidi minority in the Sinjar region of northern Iraq.

A coalition was formed soon after with the support of around 60 nations, although only a handful such as Australia, Britain and France, played a significant military role.

The number of surviving, active IS fighters has dropped drastically to a few hundred in recent months, and holdout jihadists are now mostly confined to pockets in remote desert areas along the Iraq-Syria border.

Those areas need to be cleared before a definitive victory against IS on the ground can be claimed.

Observers have warned that the group will remain a potent force even after it loses its last fixed positions, as it continues to carry out and inspire deadly terror attacks in the region and beyond.