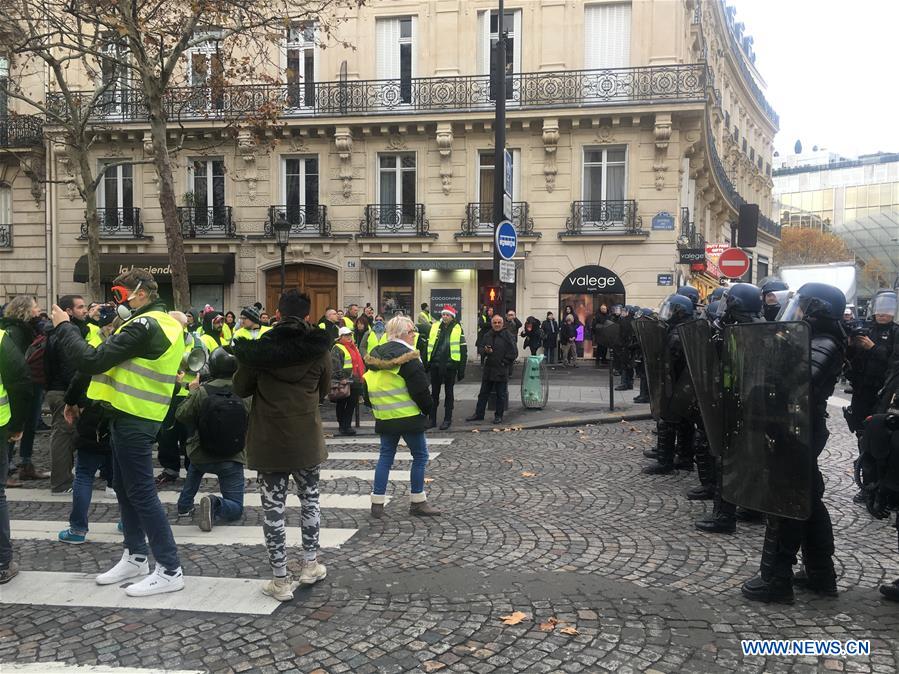 The turnout on the streets of Paris and other cities was smaller than the previous action early this month. 92,000 people demonstrated countrywide, including 7,800 in Paris, the Interior Ministry said. On Feb. 6, there were 121,000 protesters out on the streets, 15,000 of which were in Paris.

The number of protesters has dwindled over the past weeks. At its start on Dec. 5, 2019, the nationwide rallies drew 1.5 million participants, according to the unions. Police estimated the turnout at 806,000 people.

By the time, they have been losing steam after Macron offered some concessions including a temporarily removal of "pivotal age" of 64, the most contested measure of the reform, which encourages workers to prolong their careers by two years to qualify for a full pension.

Willing further to compromise on the disputed reform, Macron invited unions to discuss an alternative way to balance the pension deficit during a financing conference. Otherwise, the measure will be added back in before the bill is slated to be voted into law this summer.

As street action was waning, the battle seemed to be shifted to the lower house of the parliament where 41,000 amendments to the draft bill have been filed, more than half of them by the "Unbowed France" party.

"We will do everything we can to prevent this law from being passed," he told local media early this week.

The government wants to get rid of the special schemes in current pension system that allow workers in certain public sectors to retire earlier than average and with more benefits.

Under the new system, all pensions will be calculated in a point-based way, with same rules applying to all, regardless of profession or sector.

Supporters say the pension overhaul aims to restore social justice and plug a pension deficit due to stand between 7.9 billion euros (8.52 billion U.S. dollars) and 17.2 billion euros by 2025 if nothing was done.

Critics fear citizens will have to work longer while ultimately earning lower pensions.