WORLD Anti-police violence surges in the tough suburbs of Paris

Anti-police violence surges in the tough suburbs of Paris 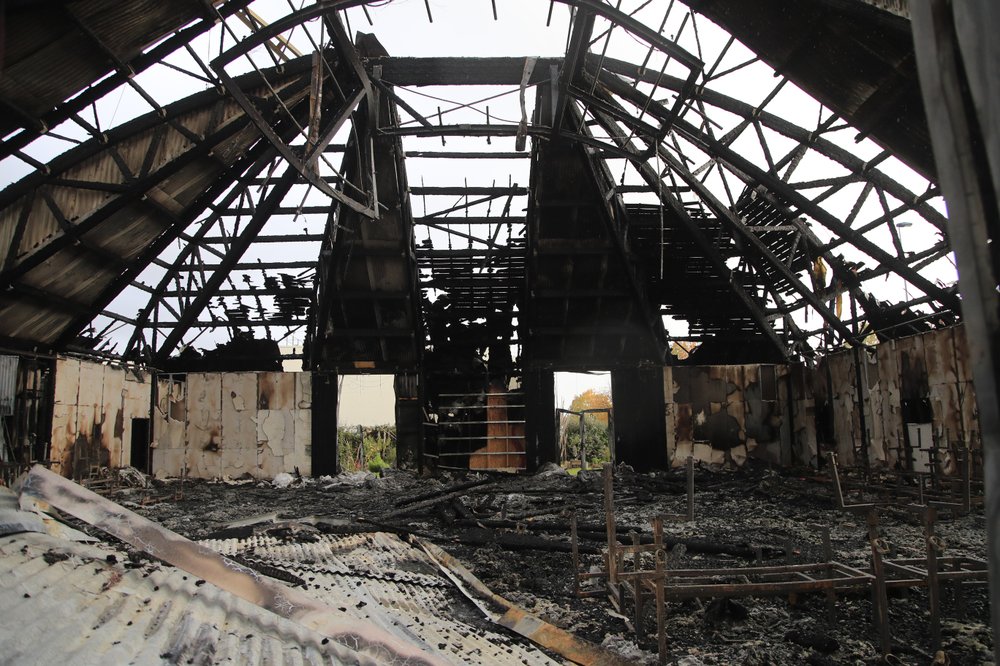 In this photo taken on Monday, Nov. 4, 2019, a view of the charred debris of a circus in Chanteloup-Ies-Vignes, west of Paris. (Photo: AP)

A resurgence of anti-police violence has emerged in the long-troubled towns around Paris, signs that lawlessness still simmers in French urban hotspots that exploded in three weeks of rioting in 2005.

Violence on Saturday night in Chanteloup-les-Vignes and recent flare-ups in other tough neighborhoods west of Paris have not matched the intensity or destructiveness of the unrest that spread to hundreds of towns in 2005. But French authorities are alarmed because the violence appears pre-planned, with ambushes deliberately set to target police.

Police union officials suspect that rival gangs from different tough neighborhoods are competing for bragging rights in their attacks and are reveling in the media coverage they’re generating, even egging each other on in social media.

In Chanteloup-les-Vignes, hooded attackers hid in bushes, waiting to spring their trap. When police arrived, responding to calls about a fire, they pounced. Under cover of darkness, roaming youths showered officers with projectiles and powerful fireworks that filled the night skies with sparks and thundering explosions.

Unlike the riots of 2005, which were sparked by the deaths of two teenage boys electrocuted in a power substation as officers were chasing them, the latest attacks have no obvious trigger. And while rioters in 2005 seethed with anger over deep-seated perceived social and economic injustices, those attacking police now seem simply to be reveling in their violence.

The sustained violence in 2005 prompted much soul-searching about France’s failure to integrate its millions of immigrants and their French-born children living in desolate housing projects blighted by high unemployment and limited prospects. Those concerns remain unresolved, nearly 15 years later.

Maj. William Blanchet, who represents the Unite SGP police union in the Yvelines region that includes Chanteloup and other towns where police patrols have been assaulted, said the youths involved seem to be targeting officers for their own amusement.

“They draw in the police with a fire, hide themselves around that spot, and then they attack,” he said.

Police were lured to Chanteloup by calls that a trash bin had been set ablaze. Callers also reported seeing hooded youths filing bags with stones. Police union officials said about 30 youths, some armed with batons, joined the rampage. Police made two arrests.

A community center that hosted a circus school for kids was torched, leaving it a smoking, charred hulk. A video on Snapchat showed thunderous firework explosions echoing around Chanteloup, the images overlaid with the words, “The city is ours” and “anti-police here.”

“Neighborhoods are one-upping each other with ambushes,” said Charlene Joly, the Yvelines representative for the UNSA police union. “They’re becoming the fashion again.”

Earlier this fall, youths in Chanteloup smashed all the street lights around the neighborhood of austere apartment blocks hit by the violence Saturday, plunging it into darkness, according to Mayor Catherine Arenou. Police say the sabotaging of lights makes their work even harder.

“The 5,000 residents are living under the terror of a few,” said Arenou.

France’s prime minister, on an unscheduled visit Monday to see the damage for himself, suggested that the violence may have been triggered in part by “very intense” police efforts to combat the drug trafficking that underpins the underground economies of many crime-ridden neighborhoods. Prime Minister Edouard Philippe said the crackdown had created “tensions” in Chanteloup.

Three other French ministers visited on Tuesday morning, underscoring the attention being given to the violence that has made front-page news.

Police union officials say the youths may have been emboldened by the yellow vest economic protest movement that shook the French government in the past year, viewing repeated violent clashes between anti-government demonstrators and riot police as a cue for them to similarly wreak havoc and challenge authority.

“That opened the door,” said Blanchet. “Youths today are telling themselves, ‘OK, we can go for it ... We can have some fun.’”