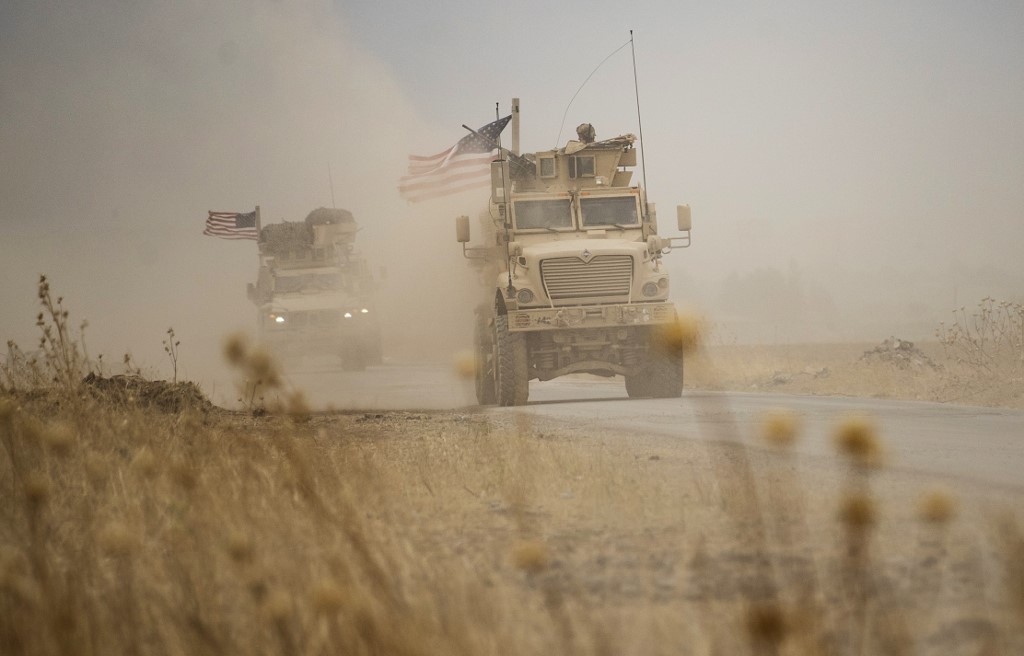 US military vehicles drive in the vicinity of an oil field in Rumaylan (Rmeilan) amid a sandstorm in Syria's kurdish-controlled northeastern Hasakeh province on July 1, 2020. (Photo: AFP)

Holding Syrian flags and posters of President Bashar al-Assad, the protesters urged for the withdrawal of the U.S. forces from Syria.

They also held slogans reading "the Americans are stealing our oil" and "America is bringing death to Syria."

SANA said several anti-U.S. protests have been taken place in Hasakah province over the past days.

The U.S. has several bases in Hasakah and other areas controlled by the Kurdish-led Syrian Democratic Forces (SDF), including oil fields in that part of the country.