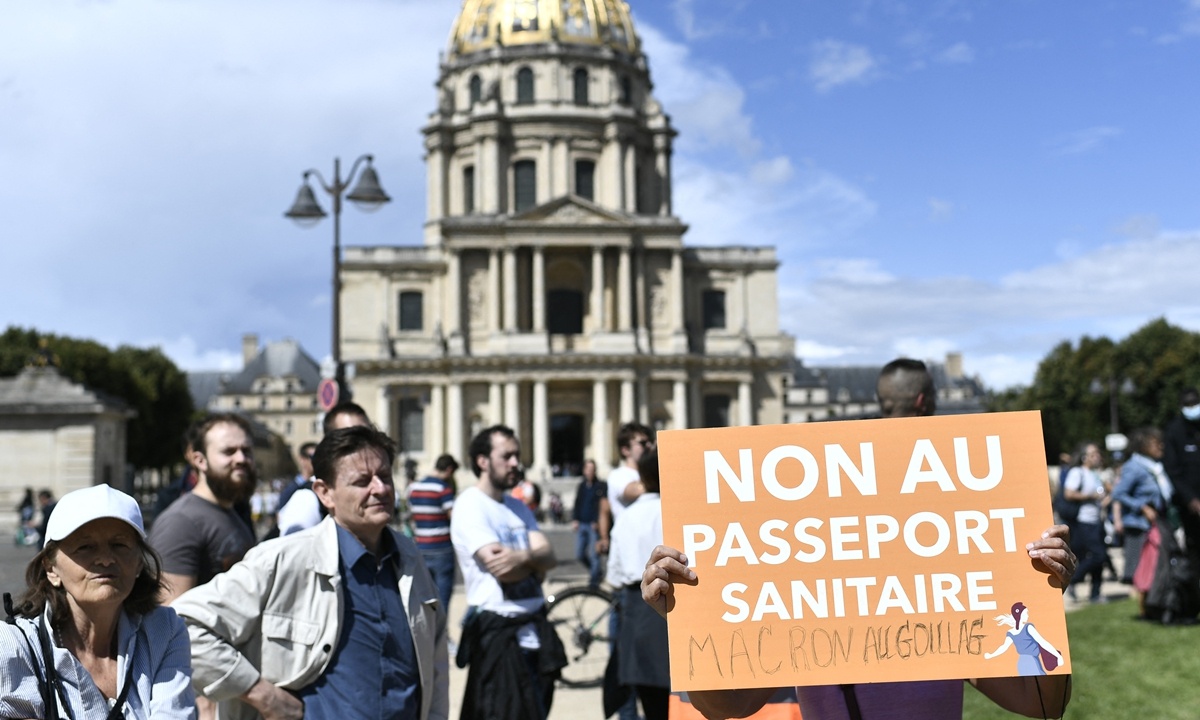 A protester holds a sign reading "No to the health pass - Macron to the Gulag" during a demonstration against the mandatory COVID-19 health pass to access most of the public space, in Paris on Saturday. (Photo: AFP)

Tens of thousands of people demonstrated in the streets of France again on Saturday against the government's COVID-19 vaccination policies amid concern from rights groups about anti-Semitic sentiment in the protest movement.

Saturday's marches were called for the sixth weekend in a row to denounce a "health pass" system announced by President Emmanuel Macron that they say unfairly restricts the rights of the unvaccinated.

Under the new pass system, introduced progressively since mid-July, anyone wishing to enter a restaurant, theater, long-distance train, or large shopping center must show proof of vaccination or a negative test.

At the head of the Paris march, people held up flags and banners with the word "Liberty" on them and shouted: "Macron! We don't want your pass!"

The protest movement has brought together conspiracy theorists, anti-vaxxers, former members of the "Yellow Vest" anti-government movement, as well as people concerned that the system unfairly creates a two-tier society.

Around 200,000 people have marched in previous weekends, according to interior ministry figures.

The government insists the pass is necessary to encourage vaccination uptake and avoid a fourth national lockdown, with unvaccinated making up eight or nine out of every 10 COVID-19 patients admitted to hospital.