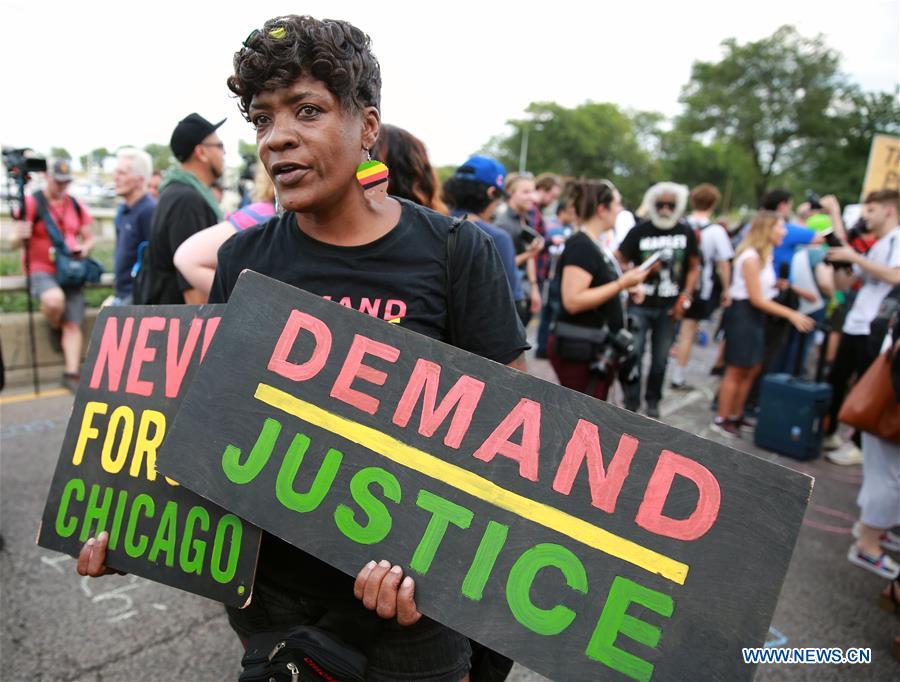 City plows and garbage trucks blocked traffic on Lake Shore Drive in the vicinity of the protest. It brought traffic to a standstill as motorists were forced to exit the roadway.

A spokesman for Chicago police said Lake Shore Drive was closed for about 35 minutes, as protesters marched toward Wrigley Field, the city's historic baseball stadium.

"It is time for us to pray, to pray for our city," said Gregory Livingston, one of the organizers.

Chicago has recorded 252 homicides and 1,100 shootings in the first half of 2018, more than any other US city, and the crimes have been concentrated in predominantly black, low-income neighborhoods.