KUALA LUMPUR, Nov. 24 (Xinhua) - Anwar Ibrahim, the leader of the Pakatan Harapan (PH) coalition, has been named as the Prime Minister of Malaysia, the national palace said on Thursday.

The swearing-in ceremony for Anwar will be at 5:00 p.m. local time (0900 GMT) at the national palace, it said in a statement. 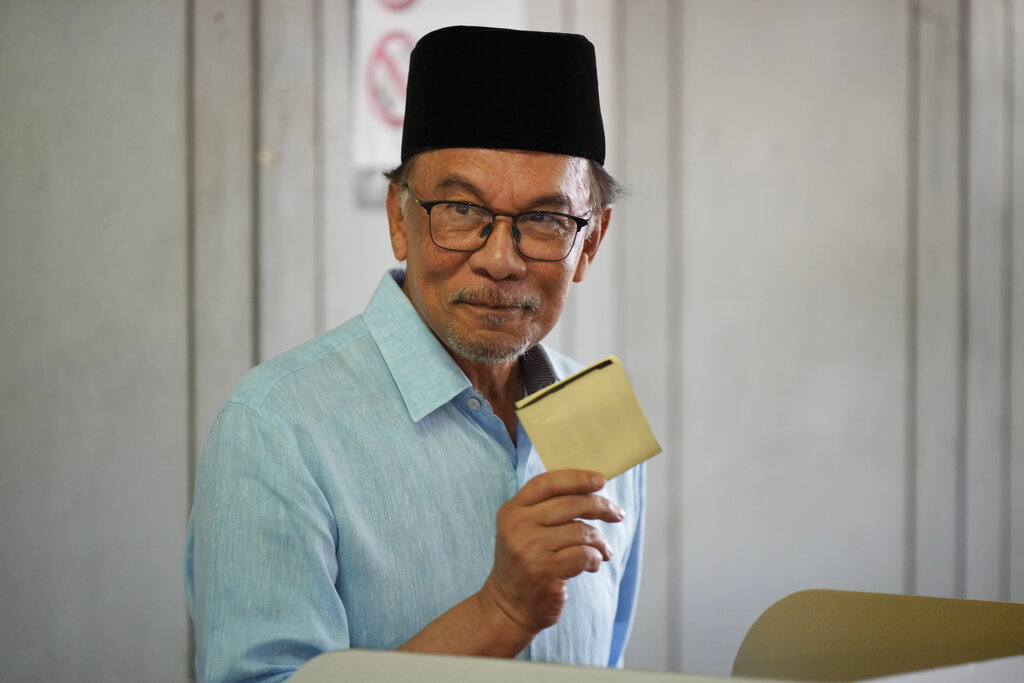 Malaysia needs a stable government that will reinvigorate the economy and the country's development, said the statement.

Malaysia had been in a state of political stalemate following the results of an indecisive snap national polls last Saturday, with no political coalition or party securing enough seats in the country's lower house of parliament to form a government on its own.

Malaysian King Sultan Abdullah Sultan Ahmad Shah held several audiences with the heads of major political coalitions in a bid to break the stalemate and convened the conference of rulers to deliberate on the matter.

Following the meeting, Anwar, whose PH coalition had secured 82 seats in the polls making his group the biggest, was named as the country's new prime minister, allowing the formation of a new government.