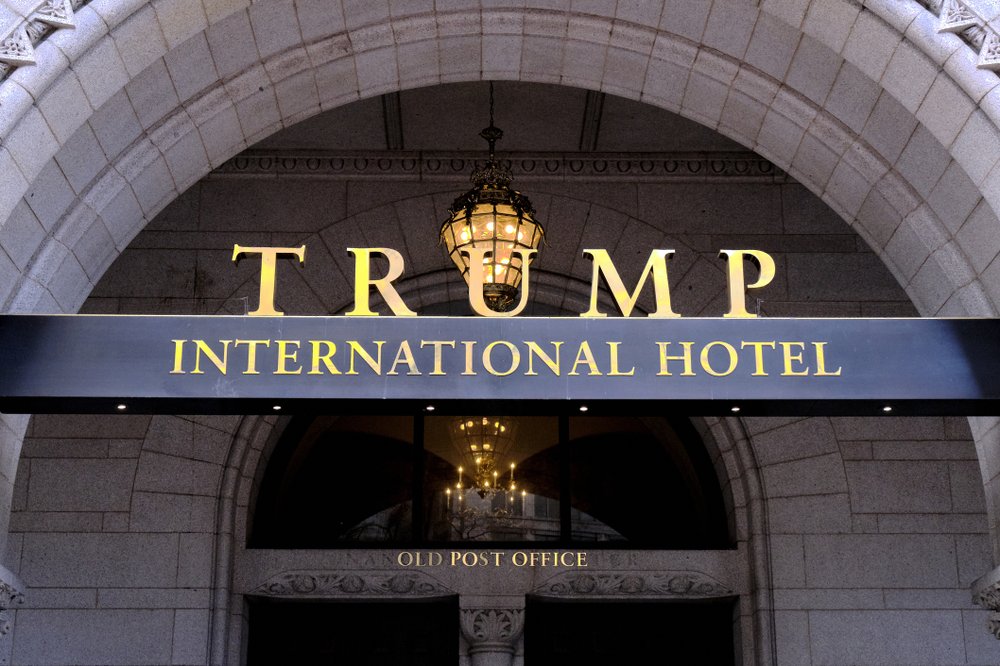 The north entrance of the Trump International Hotel in Washington. (Photo: AP)

Financial records related to U.S. President Donald Trump's Washington hotel can be kept on hold, a federal appeals court said Thursday, while Trump asks the U.S. Supreme Court to hear an appeal in a lawsuit that accuses him of illegally profiting off the presidency.

The ruling from the 4th U.S. Circuit Court of Appeals in Richmond means the records sought by the attorneys general of Maryland and the District of Columbia will likely not be released until after the November election.

The two jurisdictions filed a lawsuit in 2017, alleging that Trump violated the emoluments clause of the Constitution by accepting profits through foreign and domestic officials who stay at the Trump International Hotel.

On Thursday, the court agreed to extend the pause on the lawsuit – including subpoenas – while the U.S. Department of Justice appeals the ruling to the U.S. Supreme Court.

Trump's lawyers argued that the emoluments clause only bars compensation made in connection with services provided in his official capacity or in "an employment-type relationship" with a foreign or domestic government.

The lawsuit is one of several that accuse Trump of illegally profiting off the presidency through his business interests.

Supreme Court ruled in favor of a New York prosecutor

The U.S. Supreme Court on Thursday ruled in favor of a New York prosecutor, who is pursuing a subpoena of President Trump's private and business financial records.

The justices ruled 7 to 2, with Justices Clarence Thomas and Samuel Alito dissenting.

Chief Justice John Roberts wrote in the case: "In our judicial system, 'the public has a right to every man's evidence," and referenced an old saying "Since the earliest days of the Republic, 'every man' has included the President of the United States."

President Trump had asserted that he has absolute immunity.

Manhattan District Attorney Cyrus Vance Jr, the lawyer behind the subpoena, is investigating if the Trump businesses falsified records to hide hush money to women who say they had affairs with Trump in the past.

Vance wants Trump's tax returns and other records, which he has consistently refused to make public.

"This is a tremendous victory for our nation's system of justice and its founding principle that no one – not even a president – is above the law. Our investigation, which was delayed for almost a year by this lawsuit, will resume, guided as always by the grand jury's solemn obligation to follow the law and the facts, wherever they may lead," said Vance in a statement.

In response to the ruling, President Trump tweeted "Courts in the past have given "broad deference". BUT NOT ME!"

In a separate case, the High Court denied a request by Congress for access to Trump's personal financial records for the time being. Once again, the Supreme Court ruled 7-2.

The justices said the issue must be decided by lower courts.