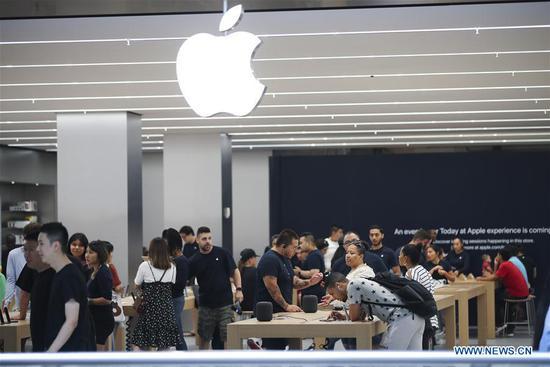 US tech giant Apple Inc has sent a letter to the US Congress, denying media reports claiming attacks to its supply chain by Chinese hackers, reported Reuters.

In the letter, the company's top security officer said that it had found no evidence of its servers being implanted with chips that would allow for backdoor transmissions to China.

Apple also denied other claims of infiltrations or attacks by Chinese hackers reported in a Bloomberg Businessweek article published on Thursday.

The Bloomberg Businessweek article, titled "The Big Hack: How China Used a Tiny Chip to Infiltrate US Companies", claimed that there had been infiltrations through Chinese chips to American companies like Apple and Amazon as well as the security department of the US government.

In response, Apple, Amazon and Supermicro had all said the claims in the article were not true.

Apple Vice President for Information Security George Stathakopoulos told Reuters that the company's proprietary security tools are continuously scanning for precisely this kind of outbound traffic and nothing was ever found.

Stathakopoulos added that Apple has never been contacted by the Federal Bureau of Investigation (FBI) about the existence of malware or other malicious activity and said he would be available to brief Congressional staff on the issue this week.

Earlier, both Britain's National Cyber Security Centre and US Department of Homeland Security issued statements saying that they have no reason to doubt Apple and Amazon's denial that they had discovered backdoored chips.