Apple on Thursday launched a racial justice initiative aimed at breaking down barriers to opportunity for minorities. 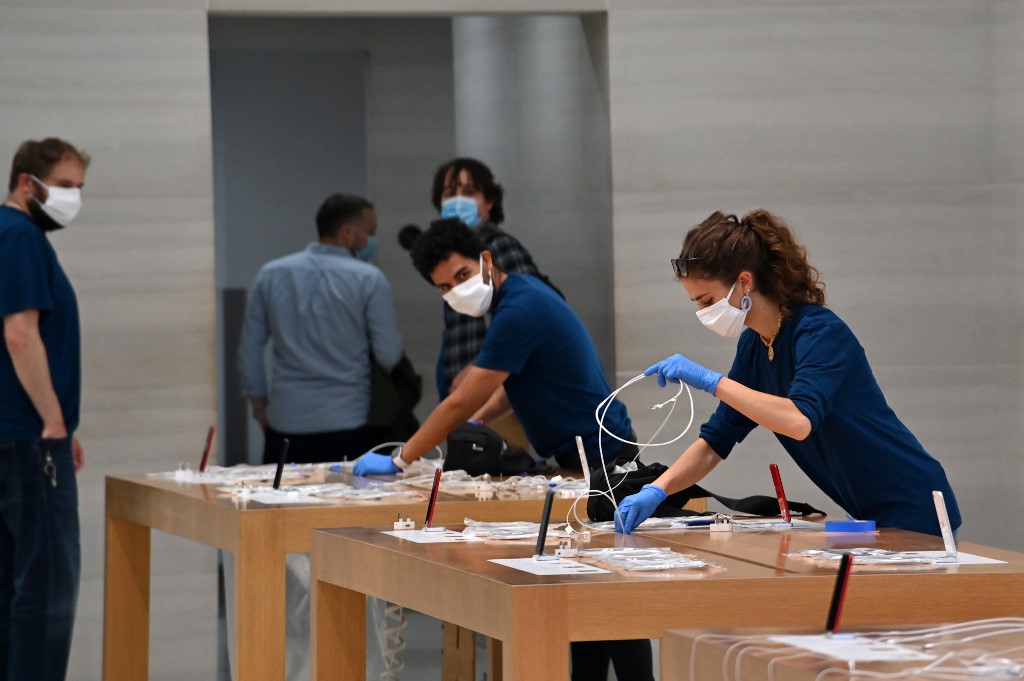 Workers wearing PPE (personal protective equipment) of a face mask and gloves as a precautionary measure against COVID-19, clean and prepare display surfaces inside the Apple store on Oxford Street in central London on June 11, 2020. (Photo: AFP)

Chief executive Tim Cook announced that the technology giant is committing $100 million to a new Racial Equity and Justice Initiative to be led by executive Lisa Jackson.

"Whether it is at Apple or anywhere in society, the burden of change must not fall on those who are underrepresented," Cook said in a video posted on Twitter.

"It falls heaviest on those in positions of power, leadership and influence to change structures for the greater good."

Cook referred to growing up in the state of Alabama during the Civil Rights movement while stressing the importance of "people of good will" marching to call for fixes flaws in society.

"We are at an important point in our history," Cook said.

"A time when progress which has been far too slow feels poised to move forward in a great leap."

Apple's initiative will start in the US and be rolled globally over time with the goal of challenging "systemic barriers" to opportunity faced by communities of color, particularly black communities, according to Cook.

Cook said Apple will "make changes that touch just about everything we do" in an effort to achieve transformation in the company and in society.

The move is the latest by major corporations responding to the unrest in the US and elsewhere sparked by the killing of George Floyd, a black man, by a white police officer in Minneapolis last month.