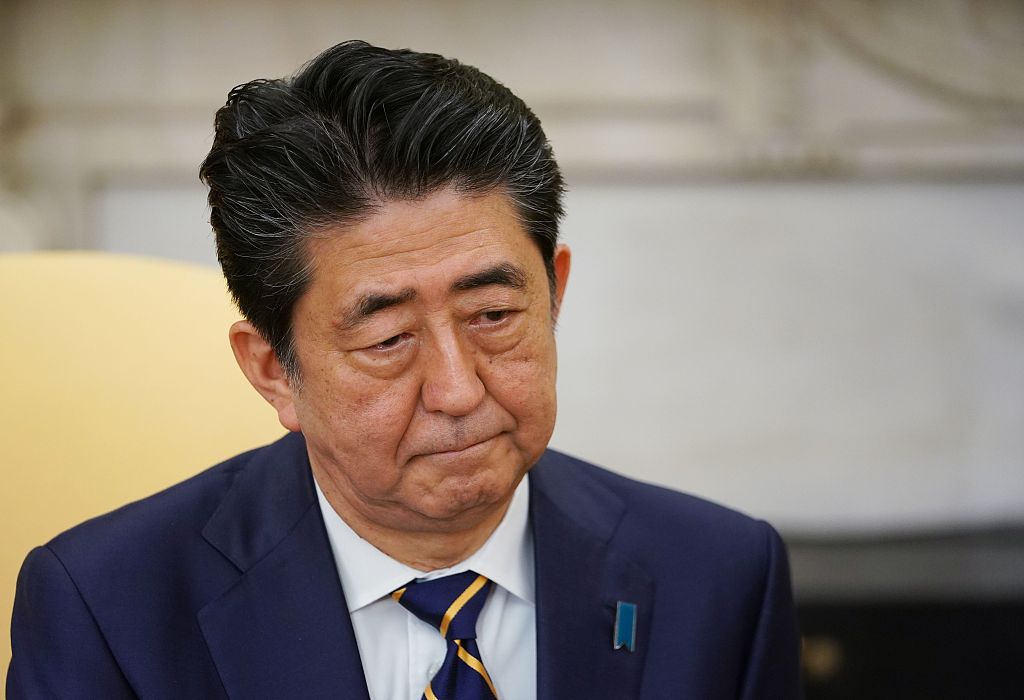 The cabinet's approval rating dropped 1.4 percent compared to the previous survey in early May, while the disapproval rating was 36.2 percent, up from 31.3 percent.

On the prime minister's stance that he would seek talks with Democratic People's Republic of Korea leader Kim Jong-un without preconditions, 61.2 percent of the surveyed said they welcomed the shift in position, while 30.2 percent answered otherwise.

In the nationwide telephone poll conducted over the weekend, 57.6 percent said they oppose the government's plan to raise the consumption tax from 8 percent to 10 percent in October, while 37.6 percent expressed support.

The government insists on increasing the tax as planned, unless Japan's economy suffers a shock on the scale of the global financial crisis in 2008.