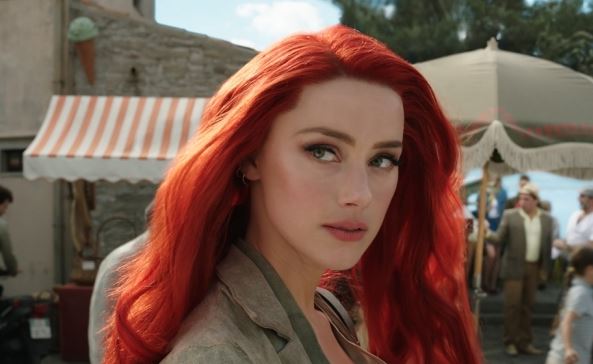 Amber Heard taking on the role of Mera in the superhero film "Aquaman" (Photo: provided to China Plus)

Testimony from Johnny Depp and Amber Heard's contentious 2016 divorce has recently been unearthed.

According to the documents obtained by the Hollywood Reporter, Heard stated during an Aug. 13, 2016, deposition, "Johnny and I refer to his other personality, the part of him that is present when he beats me up – we call that the monster and have called [that] the monster for many years".

The Aquaman star claims her 55-year-old husband threw her phone at her "as hard as he could" and it hit her in the face. She also states that he grabbed her by the hair and she screamed for help and that he "broke a lot of glass things that left glass on the floor."

The Fantastic Beasts actor Johnny Depp claims he was abused prior to that and Heard had punched him in the face twice on April 21, 2016, after he was late to her birthday dinner.

As for the alleged altercation one month later, Depp says he had two security guards with him when he arrived at their penthouse because he "was concerned about what Ms. Heard might do."