WORLD AR-15 rifles: How do mass shooters get them, and what can be done?

AR-15 rifles: How do mass shooters get them, and what can be done? 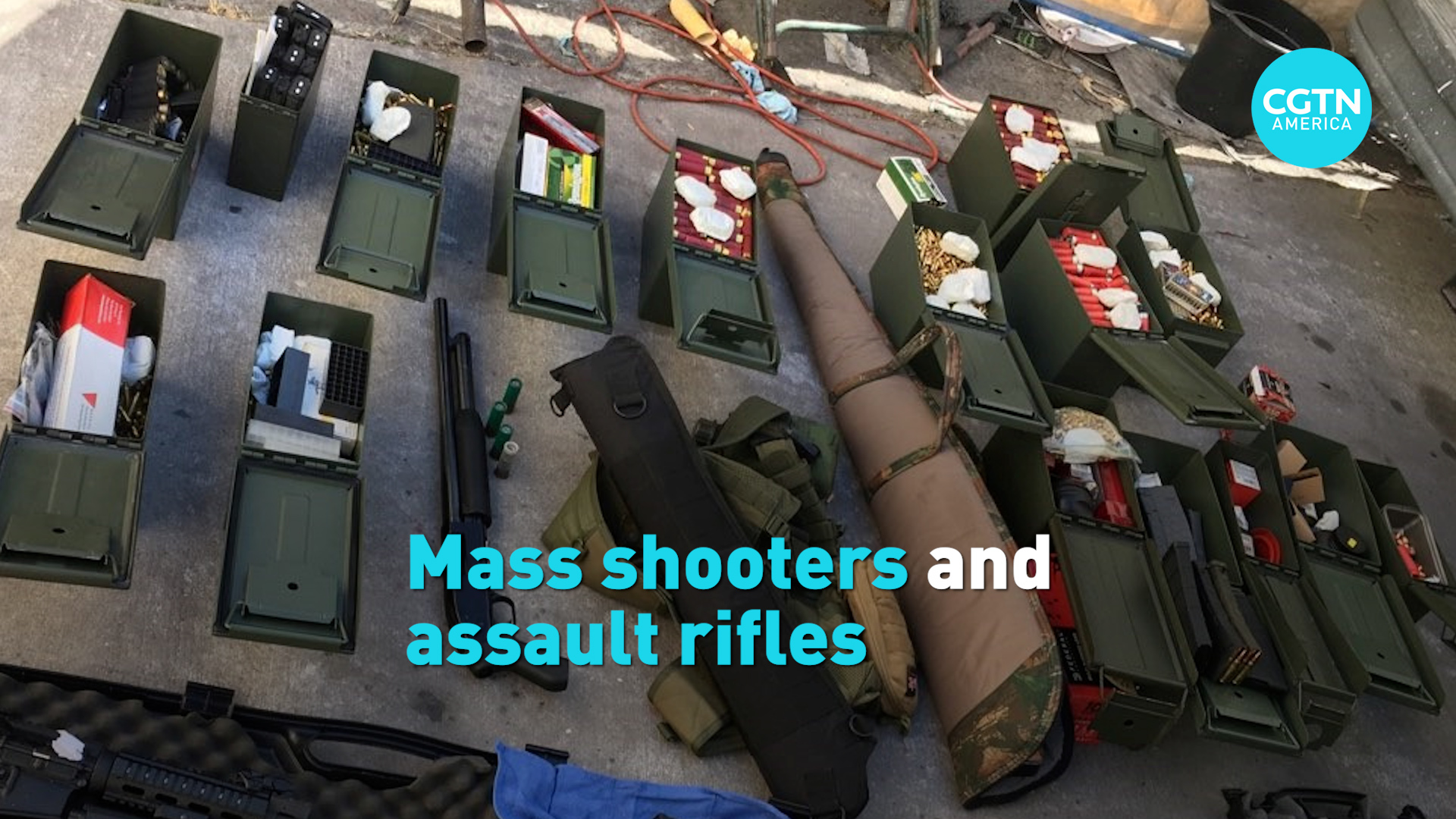 A recent viral Tweet accurately recounted the one thing 12 mass shootings in America had in common: the use of an AR-15 style rifle to kill people. 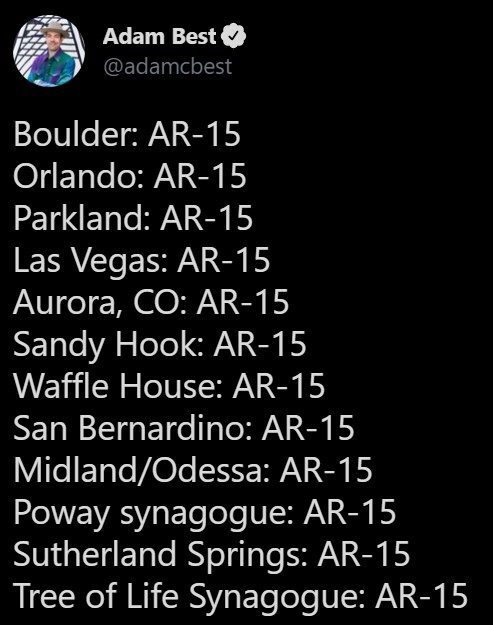 While critics complain that not all of the weapons used in these shootings were specifically AR-15 rifles, Snopes and other fact-checkers note that while the Colt Manufacturing Company owns a trademark on the “AR-15” name, guns described as “AR-15 style weapons” are practically identical to Colt’s AR-15, but manufactured by a different company.

In the aftermath of the recent shooting in Boulder, Colorado, U.S. President Joe Biden urged Congress to pass new gun restrictions and renewed calls for a ban on assault rifles and high-capacity ammo magazines.

The decision of whether or not to ban assault rifles and high-capacity magazines has been a subject of intense debate with gun rights advocates casting doubt on its effectiveness in preventing mass shootings like those listed above.

What follows is a look at the five most recent shootings listed on the viral meme, how the shooters managed to acquire the assault weapon they used to kill, and what affect, if any, an assault rifle ban would have had on their respective cases.

The shooter bought the AR-556 (which is essentially a slightly shorter version of a full AR-15 rifle) legally. A few days prior, Boulder County District Court had overturned a 2018 assault weapons and high-capacity magazine ban, but since the shooter lived in a different county, the regulations would likely not have affected him. The only way an assault weapons ban would have affected him would be if it was a statewide or nationwide ban.

His family said he was paranoid, disturbed and antisocial. Classmates said he had a temper. He’d served probation in 2017 for punching another student. By the time of the shooting, he also had a semi-automatic handgun and tactical gear. So in addition to enforcing an assault weapons ban, a background check would have needed to be robust enough to disqualify him from owning a rifle based on previous acts of violence (though in this case, the shooter had only one third degree charge)

This case is notable in that it is the only one where the shooter bought his assault weapon illegally from a private dealer. He’d been prohibited from purchasing a gun after he failed his national criminal background check and was legally declared mentally unfit. So he bought the AM-15 from a private dealer to avoid a background check altogether. The man who sold him the rifle was subsequently arrested and charged with dealing without a license. The dealer had also sold guns to a convicted felon, a man under felony indictment, and an immigrant who was in the U.S. illegally. The only way an assault weapons ban would have been effective in a case like this is if it included heavy regulation on private vendors and crackdowns on anyone selling or attempting to purchase weapons without a background check.

The shooter bought the M&P15 legally thanks to a loophole in a recent California law. The law prohibited anyone under the age of 21 from purchasing a rifle, UNLESS they had a hunting license valid in California (which the shooter did).

A full ban on assault weapons might have prevented the shooter from buying the M&P15, or at the very least, the state loophole would need to have been closed so that any guns designated as ‘assault weapons’ would be disqualified from the hunting exemption. Background checks alone would not have stopped this as the shooter had no previous criminal record or extremist ties.

The Parkland shooter bought the assault rifle legally (along with several other weapons) after he passed the required background check. This fact came under intense scrutiny in the aftermath of the shooting because there were multiple red flags that were a matter of public record: He had a history of making threats against other students, years of behavioral problems, and social media posts expressing a desire to kill people and mimic the University of Texas tower shooting. The FBI and Broward County Sheriff’s Office faced sharp public criticism for failing to stop the shooter despite previous reports and investigations into the shooter’s behavior. After the shooting, Florida raised the minimum age for buying guns to 21, established waiting periods and background checks, and barred some potentially violent or mentally unhealthy people arrested under certain laws from possessing guns.

A ban on assault weapons would have stopped the shooter from buying the M&P15 rifle he used for the shooting, but it should be noted that he reportedly had purchased other guns, so further measures would involve nationalizing the age change and making the disqualification of “violent” and “mentally unhealthy” people from purchasing weapons more enforceable with a clear standard for how red flags can be found in background checks.

The shooter bought the M&P15 legally along with 3 Glock handguns. His social media history (including multiple posts on the right-wing platform Gab) showed that he had been radicalized as a white nationalist, frequently posted antisemitic conspiracies, expressed a desire to kill Jews, and frequently posted pictures of his guns (as he called them, his “Glock family”) and target practice. In the aftermath of the shooting, Pennsylvania passed laws restricting the use of assault weapons, banning most uses of armor-piercing rounds and high capacity magazines, and allowing the temporary seizure of guns from people determined to be a danger to themselves or others.

The state walked back an outright ban on assault weapons on the grounds that it would likely have been struck down in court. A ban would likely have reduced the body count, but it might not have prevented the incident altogether. Further regulations would likely have been needed to strengthen background checks to include social media posts and ties to extremist groups, officially designated white supremacy groups, and subjects under investigation for domestic terrorism.