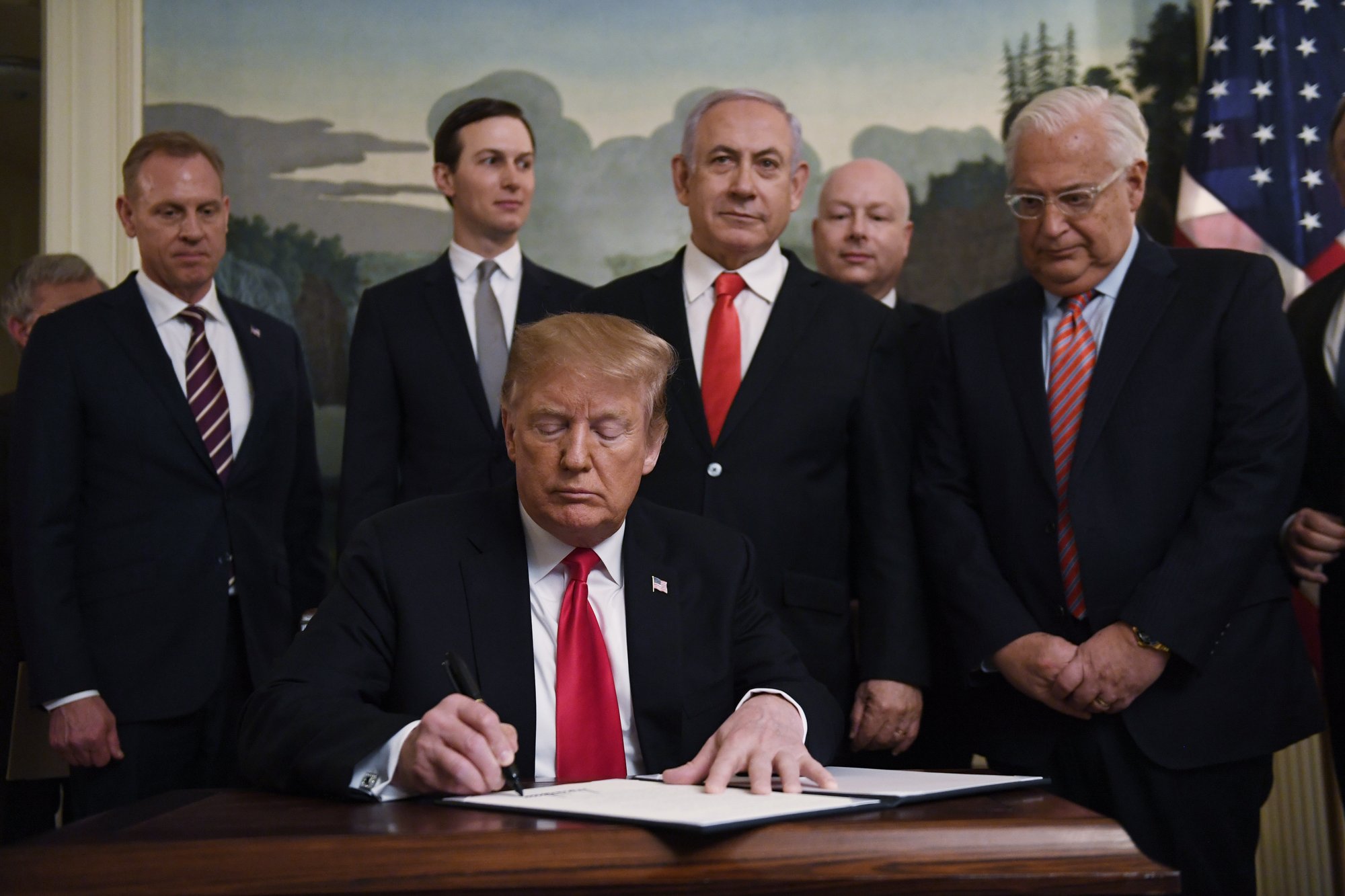 Aboul-Gheit said in a statement that this proclamation is void and a blatant violation of the international law.

"The US declaration will not change the legal status of the Golan Heights as an occupied Syrian territory," he stressed, adding that "legitimizing the occupation is a new approach in the US foreign policy."

He affirmed that the Arab League rejects this approach and backs the Syrian right to retrieve its occupied lands.

Israel seized the Golan Heights in the 1967 Middle East war and annexed it in the 1980s, in a move never recognized by the international community.

Recognizing the Israeli sovereignty over the Golan Heights has been a recent demand by Netanyahu, which comes months after the Trump administration moved the US embassy in Israel from Tel Aviv to Jerusalem.