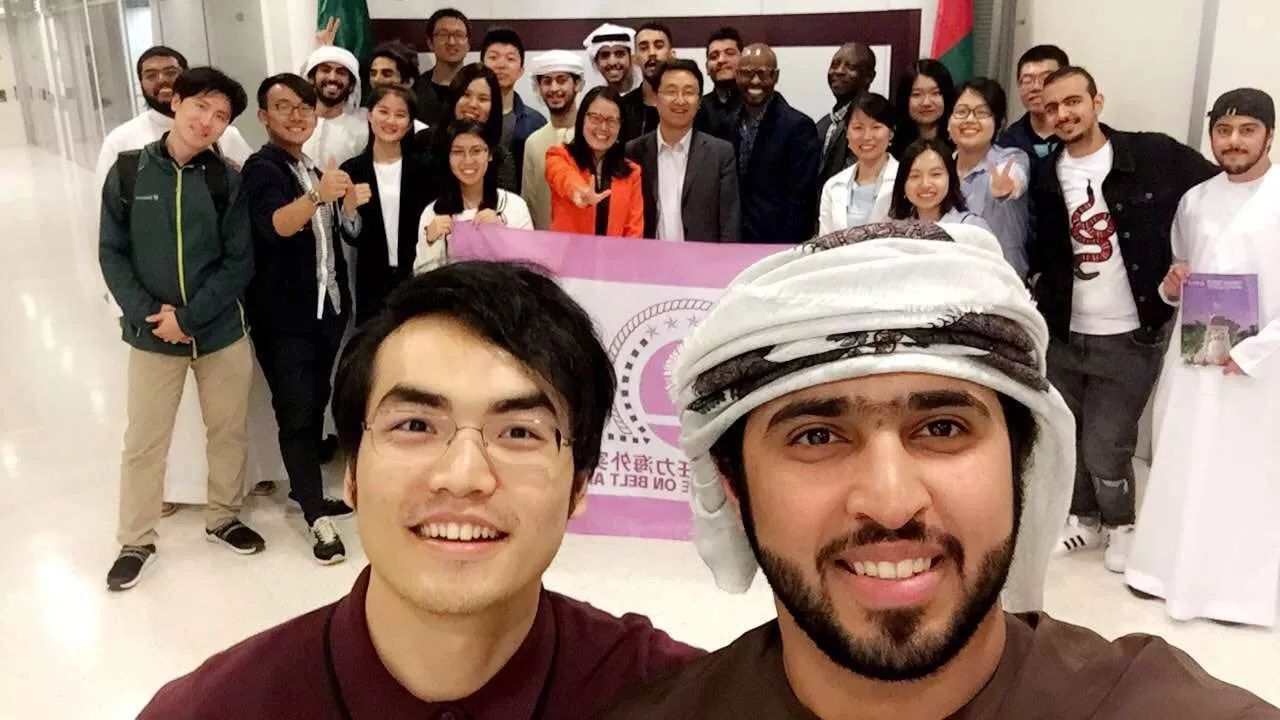 CAIRO, Jan. 29 (Xinhua) -- The Arab public view China more favorably than the United States, according to a recent survey.

Conducted by the Arab Barometer research network, the survey polled citizens in six countries in the Middle East -- Algeria, Jordan, Lebanon, Libya, Morocco and Tunisia -- to gauge their attitudes on how they view China and the United States.

China is viewed favorably by 60 percent of participants in Algeria, 52 percent in Morocco, 50 percent in Tunisia, 43 percent in Lebanon, 35 percent in Jordan and 34 percent in Libya, said the survey.

In comparison, fewer than a third have a favorable view of the United States in all six countries, ranging from a high of 28 percent in Morocco to a low of 14 percent in Libya.

In terms of the involvement of the two countries in the region, fewer Arab citizens see China as a major economic threat, said the survey.

However, Arabs are far more worried about U.S. economic power being "a critical threat" to their country, including 47 percent in Lebanon, 43 percent in Tunisia and 31 percent in Algeria.

While Beijing focuses on the economic and development aspects of its relations with countries in the Middle East and North Africa (MENA), Washington concentrates on "political hegemony" to maintain its interests in the region, said Nourhan el-Sheikh, a professor of economics and political science at Cairo University.

The professor noted that China now has a global project, referring to the Belt and Road Initiative (BRI) proposed in 2013 for common development and win-win economic and trade partnerships among participating states.

She explained that it is normal for Arab citizens to favor China and see it as a country that focuses on economic partnerships, and does not impose conditions or interfere in other countries' domestic affairs.

A key reason behind the Arab public's less favorable view of the United States is the Trump administration's biased support for Israel, relocation of Washington's embassy in Israel to the disputed city of Jerusalem, and sponsorship of normalization deals between Israel and a number of Arab states.

Amr Saleh, an Egyptian professor of political economy and a former World Bank consultant, said that the positive view of China has historical and cultural considerations.

"First, China is closer to the Middle East than the United States. Although China and the Middle East have cultural, linguistic and geographic differences, we're all East," Saleh said.

He added that Beijing seeks win-win trade relations in the Middle East, while Washington seeks "hegemony and superiority."

He pointed out that China has always been a friendly nation to Arab countries throughout history, which is also reflected in the opinions of the Arab public.

"Average citizens have a very positive opinion of China, as Arabs have more similarities than differences with China. In contrast, they have many disagreements with the United States, especially with its unconditional support for Israel," the professor added. Enditem