WORLD Arab summit kicks off, with rare participation of both Saudi, Qatari leaders

Arab summit kicks off, with rare participation of both Saudi, Qatari leaders

TUNIS, March 31 (Xinhua) -- The 30th Arab League (AL) summit kicked off on Sunday to discuss a wide range of challenges faced by the Arab world, with the participation of both leaders of Saudi Arabia and Qatar for the first time since they cut ties in 2017. 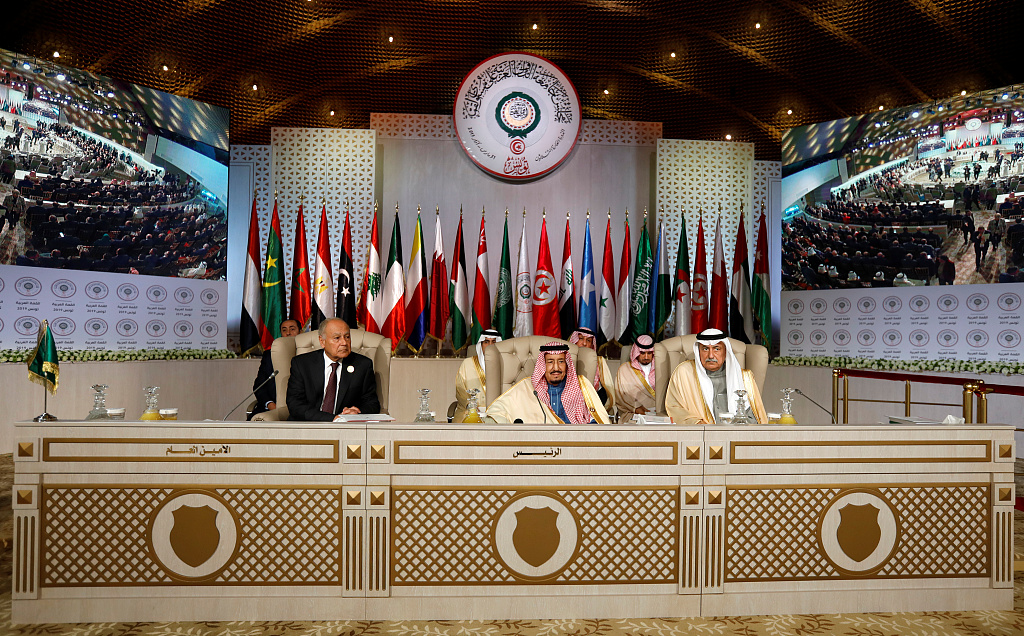 The Qatari leader shunned last year's Arab summit held in Saudi Arabia, amid deepening feud with the kingdom which leads an Arab coalition, also including Egypt, the United Arab Emirates and Bahrain, which severed diplomatic ties with Qatar and imposed a full blockade on the tiny gas-rich Gulf nation in June 2017.

The coalition has accused Doha of supporting terrorism and fostering close ties with Iran, the arch rival for Riyadh. Qatar has vociferously denied the allegations.

The participation of both Saudi and Qatari leaders helped strengthen the show of unity of the 22-member Arab bloc, which has long been marred by internal divisions, including the Qatar-Saudi Arabia feud, Yemeni civil war, and Syrian membership.

Top on this year's summit agenda is the recent move by US President Donald Trump to recognize Israel's sovereignty over the occupied Syrian territory of Golan Heights. The Arab leaders are expected to show unity by issuing a strong-worded statement to reject the US move, despite their rifts over whether to restore Syria's AL membership.

Other major issues that will be discussed at the summit include recent Israeli escalation of clashes with Palestinian protesters in the Hamas-run Gaza Strip, crises in Syria, Libya and Yemen, alleged Iranian threat, and fight against terrorism.

Conspicuously absent from this summit are Sudanese President Omar al-Bashir, who sent First Vice-President Awad Mohamed Ahmed Ibn Auf instead, and Algerian President Abdelaziz Bouteflika, who has been under pressure to step down amid domestic protests.

Cover image: Arab leaders pose for the camera, ahead of the 30th Arab Summit in Tunis, Tunisia March 31, 2019.