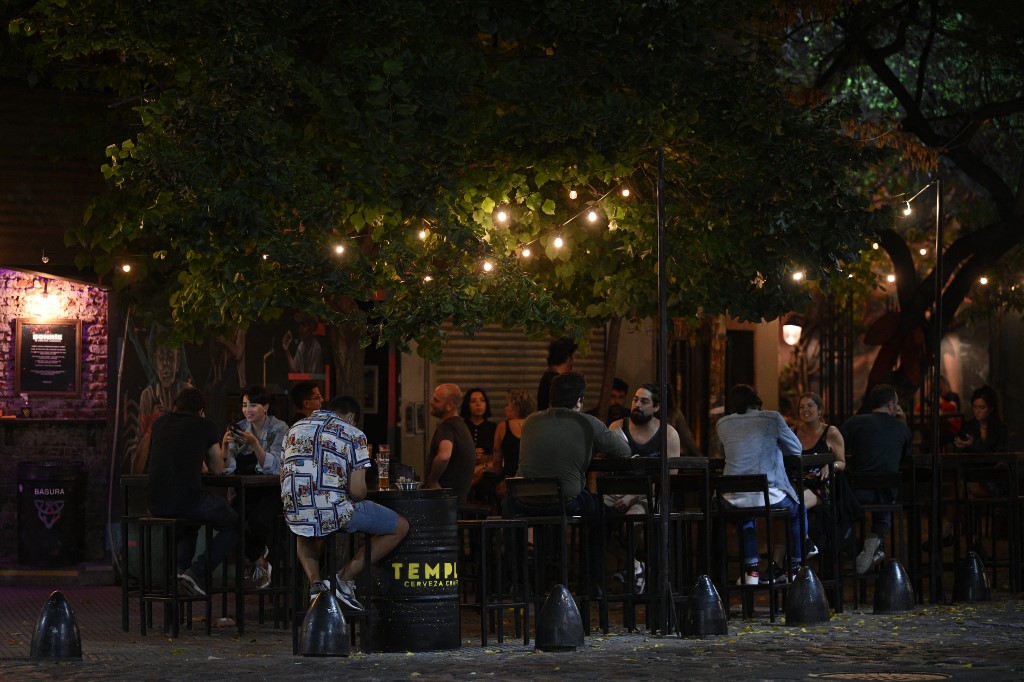 People enjoy drinks seated at the tables on the sidewalk in Buenos Aires, on April 6, 2021. (Photo: AFP)

The curfew will enter into force on Friday and apply from midnight to 06:00 am every day until April 30, he said in a message recorded at his official residence, where he is self-isolating after being infected with the virus himself.

It will be in force in the country's highest risk areas, mainly the urban centers, the president said.

Bars and restaurants will close at 11:00 pm.

Earlier Wednesday, Argentina's health ministry said a record 22,039 new infections were reported in the preceding 24 hours -- up from the previous record of 20,870 the day before.

More than 13,500 of the latest cases were reported in the Buenos Aires metropolitan area -- home to a third of Argentina's population of 45 million.

To date, some 4.5 million Argentinians have received at least one dose of a coronavirus vaccine, and just over 700,000 both doses.

The Pan American Health Organization said last week that Argentina is one of the 10 countries with the most new infections worldwide.

The country's borders have been closed since December, and group meetings in private homes are forbidden in the big cities.