WORLD Argentina defers up to $9.8 billion in debt payments until 2021: official

Argentina defers up to $9.8 billion in debt payments until 2021: official 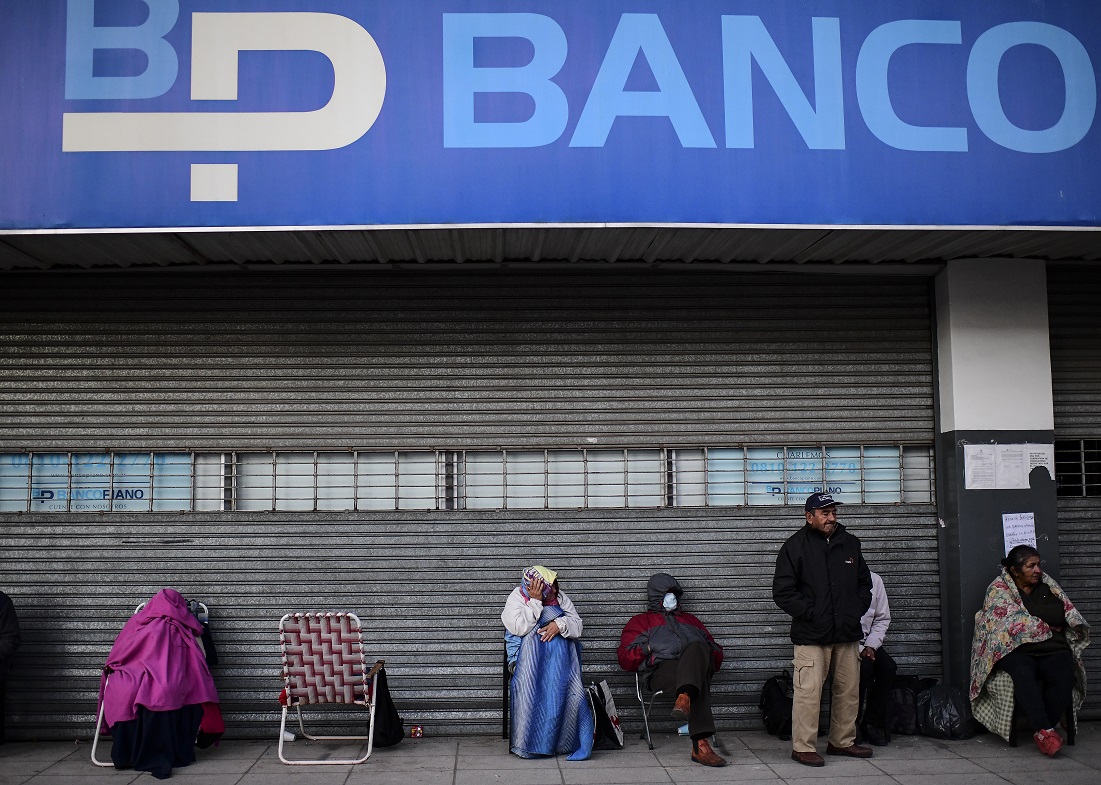 Photo: People line up outside a bank in the municipality of Jose C Paz, province of Buenos Aires, on April 4, 2020 during the lockdown in Argentina to slow the spread of the novel coronavirus COVID-19.  /AFP

Argentina is deferring payments of up to $9.8 billion on its local public debt in response to the coronavirus crisis, the government announced in a decree published Monday.

The decree postpones payments on public debt issued under local law and not subject to international arbitration, as the government of President Alberto Fernandez negotiates with creditors to restructure $68.8 billion in private foreign debt.

The decree attributed the action to the global health crisis unleashed by the COVID-19 pandemic, which it said had "altered the deadlines anticipated" in the government's timetable for stabilizing its debt situation.

The country, Latin America's third largest economy, has been struggling under a protracted economic crisis that the government says has made its $311 billion public debt unsustainable.

The government on March 10 decided to move ahead on restructuring of $68.8 billion of its privately held foreign debt, and had planned to make an offer to creditors by March 31 but then pulled back because of the health crisis.