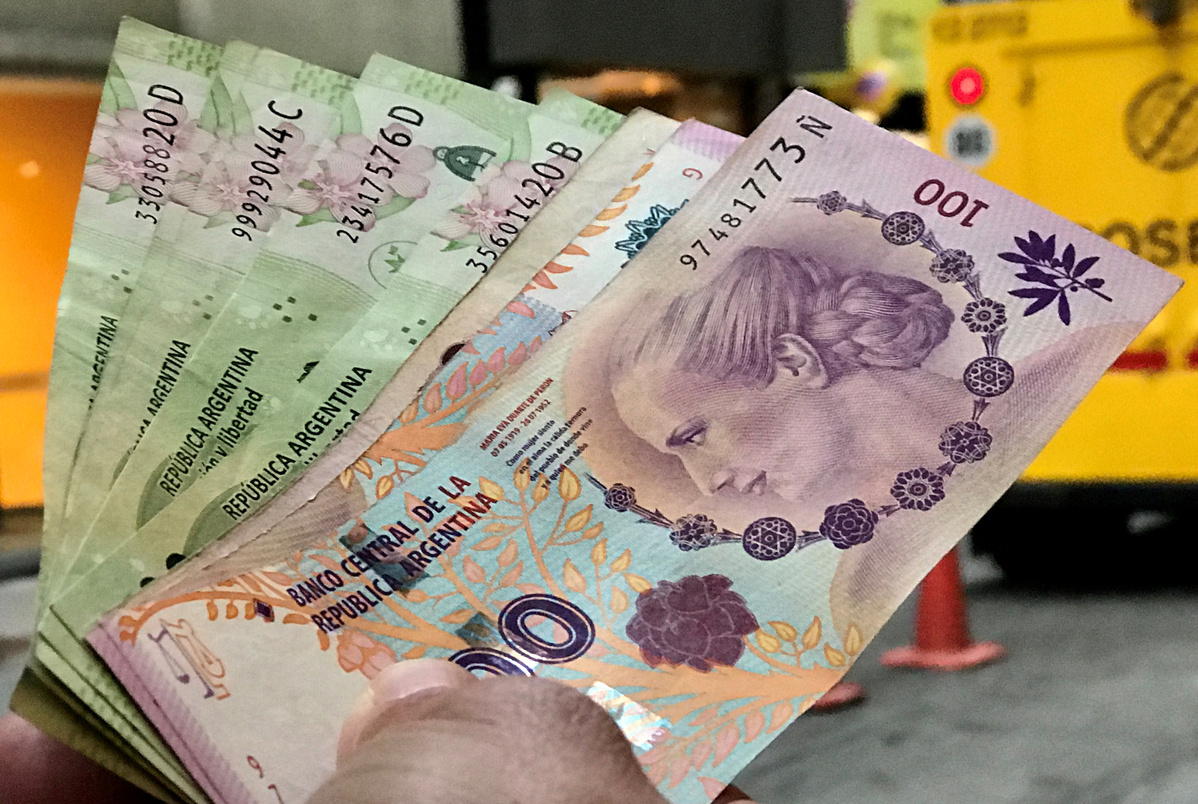 BUENOS AIRES－Argentina on Sunday imposed foreign-exchange controls on exporters as it closed out a week of financial uncertainty that saw a sharp drop in the value of the peso.

Exporters were ordered to seek permission from the Central Bank of Argentina before purchasing foreign currency, according to a decree published in the Official Bulletin.

But there are no restrictions on people withdrawing dollars from their bank accounts－a practice known here as the "corralito", applied in late 2001 and the spark for the worst economic and political crisis in Argentine history.

All these new measures will be in place until Dec 31.

Last month, markets were rattled when pro-business President Mauricio Macri suffered a huge loss in primary elections, and his opponent in October presidential elections Alberto Fernandez emerged as the favorite.

The decree published on Sunday said the currency measures were needed temporarily to "regulate more intensely the currency exchange regime and strengthen the normal functioning of the economy."

Argentina has been in recession since 2018, and is battling rising unemployment and one of the world's highest inflation rates, running at more than 55 percent.

In a bid to calm market turbulence, last week Argentina asked the International Monetary Fund, or IMF, to restructure its debt payments on a $56 billion bailout loan agreed last year.

The IMF said it was studying the new measures taken by the Macri government.

"Staff will remain in close contact with the authorities in the period ahead and the Fund will continue to stand with Argentina during these challenging times," the IMF said in a statement.

The Central Bank bought $300 million in pesos on Tuesday to try to calm markets but the currency still depreciated by almost 2.5 percent.

The currency weakened by 20 percent alone in the week after the primaries while the Buenos Aires stock exchange dropped by 30 percent.

Just under two weeks ago, ratings agencies Fitch and S&P downgraded Argentina's credit rating from "B" to "CCC" and "B-" respectively.

Fernandez romped to victory in what was essentially a de facto opinion poll, with 47 percent of the vote to Macri's 32 percent.

Such a result in October's election would send Fernandez－who has been highly critical of the IMF loan－to the presidential palace without need for a runoff in November.