Argentina judge orders ex-president Macri to appear in a week

A judge in Argentina on Wednesday ordered former president Mauricio Macri to appear before him on October 28, in a probe about alleged orders to spy on relatives of 44 sailors who died in the sinking of a navy submarine. 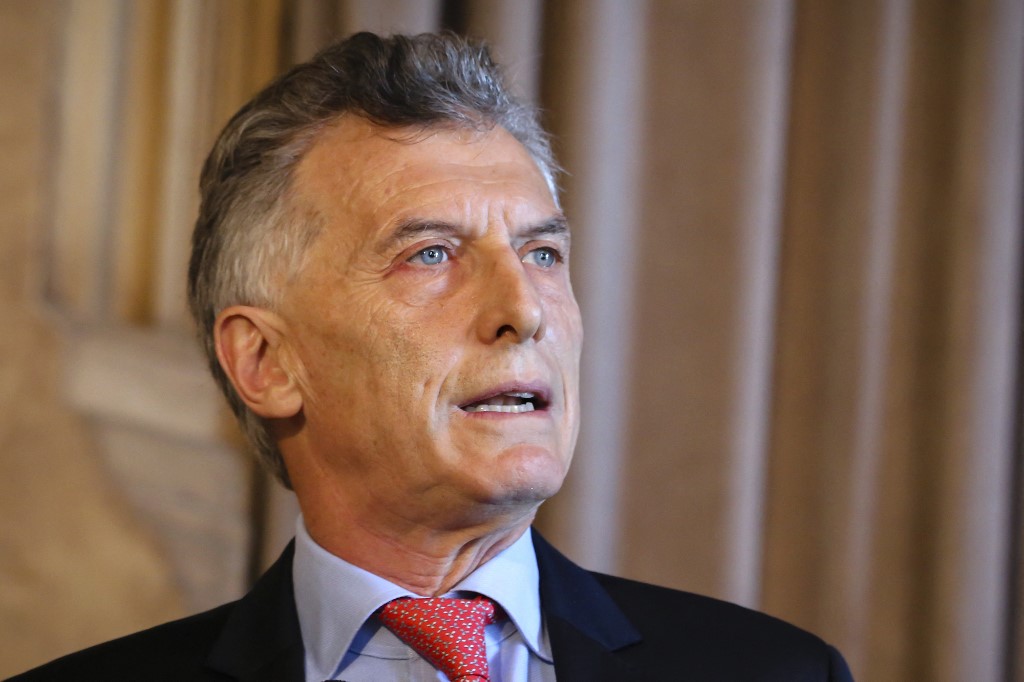 Argentine former President Mauricio Macri attends the InterAmerican Institute for Democracy Forum "Defense of Democracy in the Americas" in Miami, Florida, on May 5, 2021. (Photo: AFP)

Macri had been ordered to appear before Judge Martin Bava on Wednesday but refused, accusing the magistrate of being prejudiced and demanding that he recuse himself from the case in which the former leader is accused of ordering the country's intelligence service to spy on relatives of crew members who died when the San Juan sank on the high seas in November 2017.

The vessel was discovered in November 2018 at a depth of 900 meters (3,000 feet), after a year of searching with the support of navies from other nations.

But Bava rejected the challenge, calling Macri's arguments "manifestly inadmissible," and said his summons was prompted by "an evaluative and well-founded process of the evidence."

In a letter to Macri, the judge said he met none of the criteria for recusal, adding that he had "no friendship, enmity, or prejudice of any kind, objective or subjective, with the accused or with the plaintiffs."

After receiving the letter, Macri's lawyer Pablo Lanusse said his client will finally submit to meeting the judge. "We are going to be there, of course. Mauricio Macri's investigative hearing will be held on October 28," the lawyer told the LN + news channel.

Family members of the crew members told investigators they were followed and wiretapped, filmed and intimidated into abandoning any claims related to the sinking.

Macri is accused of ordering the espionage. He risks between three and 10 years in jail for allegedly violating Argentina's intelligence laws.

"I have nothing to do with this case. I never spied on or asked to spy on the families," said Macri, 62, who returned to the country this week from traveling in the United States and Qatar.

The former president had also questioned having been summoned "in the electoral campaign" for the November 14 legislative elections, and other measures such as a ban on him leaving the country.

Bava had said that "the then-president was fully aware of the follow-up carried out by the Federal Intelligence Agency regarding the relatives of the crew members" of the submarine.

The then-heads of the intelligence services Gustavo Arribas and Silvia Majdalani are also accused of gathering "illegal intelligence" on the relatives, who were trying to find out the fate of the submarine when it was missing.