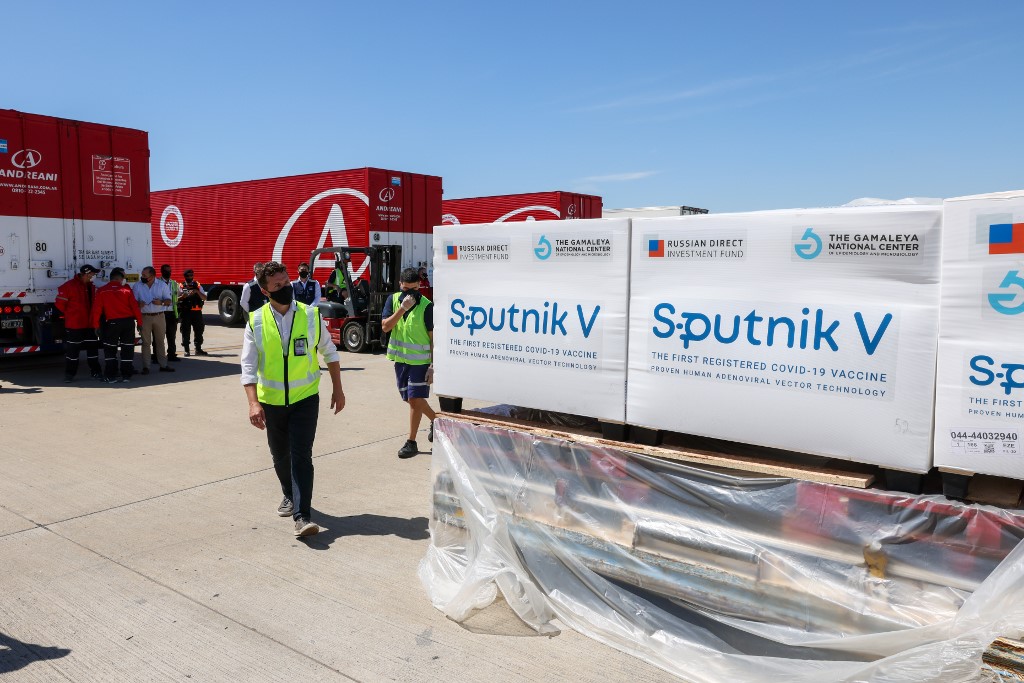 Handout picture released by Argentina's Presidency of shipping containers with 300,000 doses of the Sputnik V vaccine against COVID-19, at Ezeiza international airport in Buenos Aires outskirts on December 24, 2020. (Photo: AFP)

Argentina on Tuesday launched a Covid-19 vaccination campaign with the Sputnik V shots developed by Russia, the government said.

It is the first country in the Americas to use this vaccine against the pandemic.

She spoke at Posadas Hospital in Buenos Aires, where a doctor named Flavia Loiacono became the first in the country to get a Covid shot.

Argentina is now the fourth country in Latin American to launch a vaccination campaign, after Mexico, Costa Rica and Chile.

"We are going to have to keep taking care of ourselves. It will take a few months for the vaccine to have a widespread effect," the minister said.

A first shipment of 300,000 doses of the Russian product arrived here on Christmas Eve. It requires people to get two shots.

Another 19.7 million doses are supposed to be delivered in January and February.

Argentina has also signed an agreement to obtain doses of the vaccine developed by Oxford University and AstraZeneca, and is negotiating with Pfizer-BioNTech.

The pandemic has killed nearly 43,000 people in Argentina.