Argentina was paralyzed by a general strike on Tuesday while the central bank chief resigned amid talks with the International Monetary Fund on a revised crisis loan package. 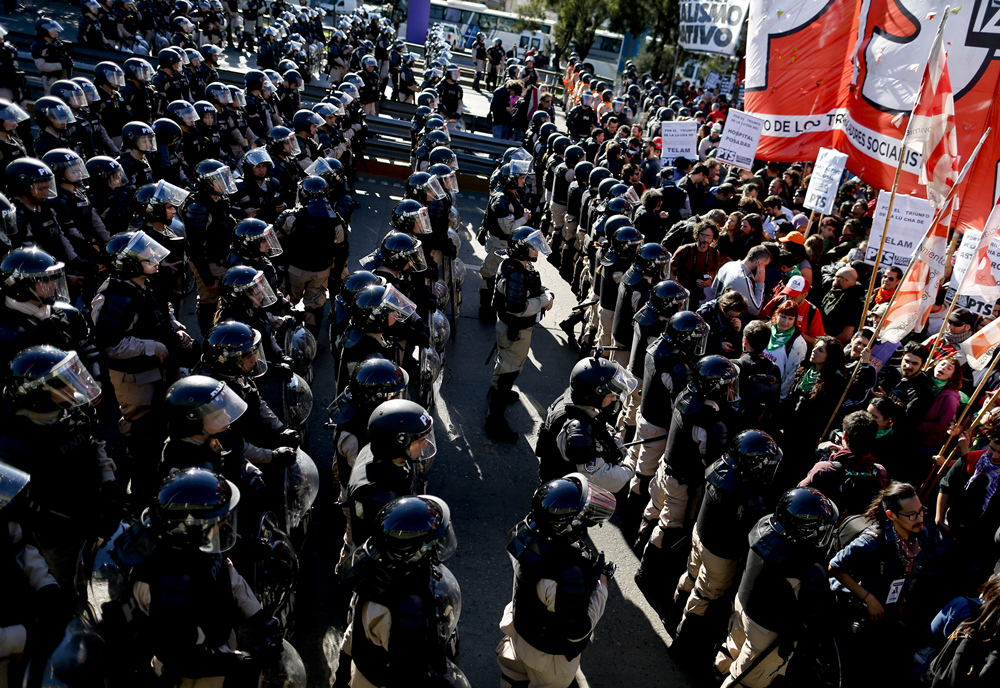 As president Mauricio Macri negotiated accelerated funding from a $50 billion loan agreed with the IMF in June, the country's beleaguered currency was hit by the news that Luis Caputo had been replaced by Guido Sandleris as central bank chief.

The peso almost immediately slumped 2.2 percent against the dollar.

The IMF seemed to approve of the change, spokesman Gerry Rice expressing the desire to continue its "close and constructive relationship" with Argentina's central bank.

Later, IMF chief Christine Lagarde said a deal with Argentina was "close to the finish line" after a "very good meeting" with Macri on the sidelines of the UN General Assembly in New York.

His center-right government burned through an initial $15 billion tranche of the loan in June to prop up the beleaguered peso, with a further $3 billion due in November and the rest over the next three years.

Argentines protested the loss of purchasing power brought on by the peso losing around 50 percent of its value against the dollar this year.

Many shops, banks and public offices were closed with public transport and taxis at a standstill.

Following Monday's mass demonstration organized by trade unions, left-wing demonstrators faced off against security forces near a key Buenos Aires bridge on Tuesday, but streets in the capital were mostly deserted with many people unable to get to work.

Airports were also deserted with all flights in and out of the country cancelled. 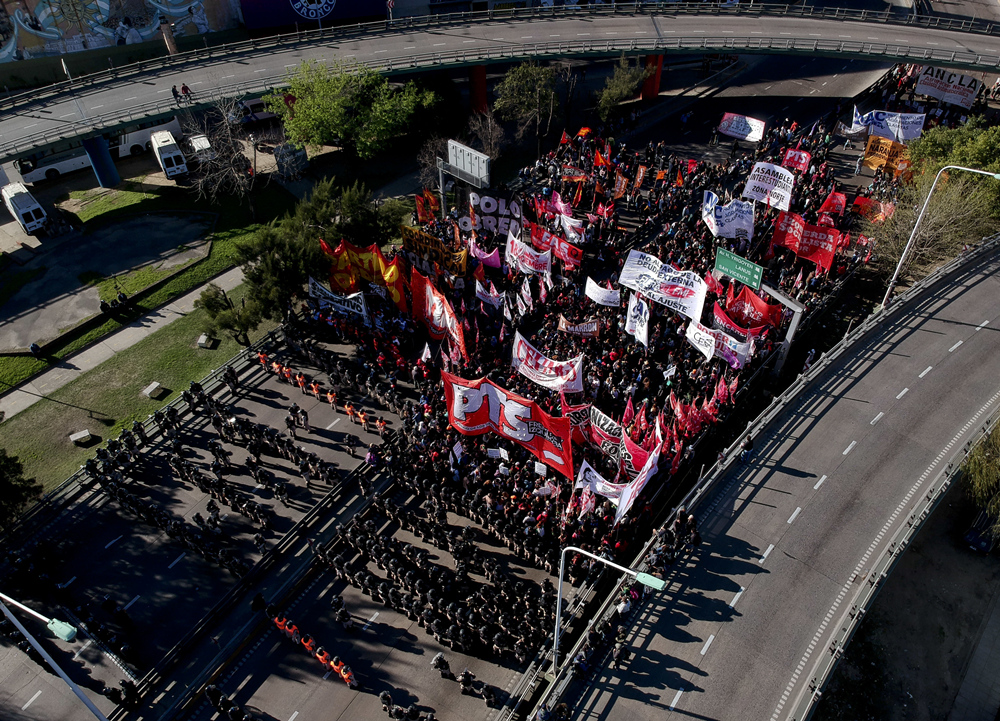 The central bank stated in the morning that Caputo had resigned for "personal reasons," with the conviction that a "new agreement with the International Monetary Fund will restore confidence in the fiscal, financial, monetary and exchange situation."

Some analysts said there were already rumors on Friday that he would resign due to "a disagreement with the IMF over monetary policy," according to Argentine economist Gabriel Rubinstein.

Formerly chief of trading at JP Morgan and Deutsche Bank, Caputo is close to the center-right Macri and was finance minister before he was appointed president of the central bank in June.

Economist Fausto Spotorno said Caputo was never seen as a long-term fixture, though, and that "the government's priority is an agreement with the IMF."

"I don't know if the IMF requested he leave or if Caputo preferred to resign rather than take a different path to the one he was advising," said Management and Fit Institute chief economist Matias Carugati.

"But his departure is linked to the new IMF deal."

His replacement, Sandleris, is an economist who worked previously for the World Bank and the Inter-American Development Bank. He was deputy finance minister before being named central bank president.

Sandleris was given a glowing reference by Finance Minister Nicolas Dujovne, who called him "a brilliant person" with whom Argentina would "start to win the battle with inflation."

Inflation is expected to hit 40 percent by the end of the year while the economy is predicted to shrink by 2.0 percent. 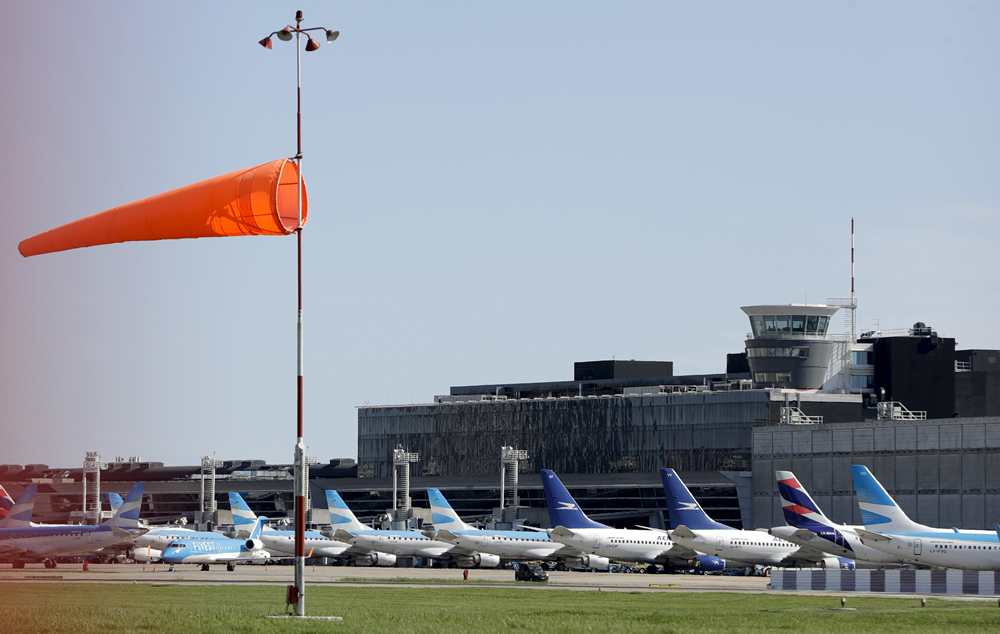 Planes sit grounded at the airport where hundreds of flights have been canceled due to a nationwide strike, in Buenos Aires, Argentina, Tuesday, Sept. 25, 2018.

A crisis of confidence beginning in April saw the value of the peso plunge, with Argentina negotiating its $50 billion bailout loan from the IMF.

But that failed to prop up the currency and Macri announced in August he would be seeking an accelerated disbursement of the remainder of the funds that were initially due to be transferred over a three-year period.

That sparked two days of damaging drops in the value of the peso, which lost 20 percent against the dollar.

Macri responded by announcing new, and unpopular, austerity measures, including halving the number of government ministries and restoring taxes on grain exports.

The central bank hiked interest rates to a world-high 60 percent and the peso has remained largely stable since its sudden crash in August.

But restoring faith in the peso has proved difficult, with skeptical Argentines believed to be holding $300 billion outside of the country's fiscal circuit, either in cash or abroad, in a bid to protect their assets from the peso's woes.