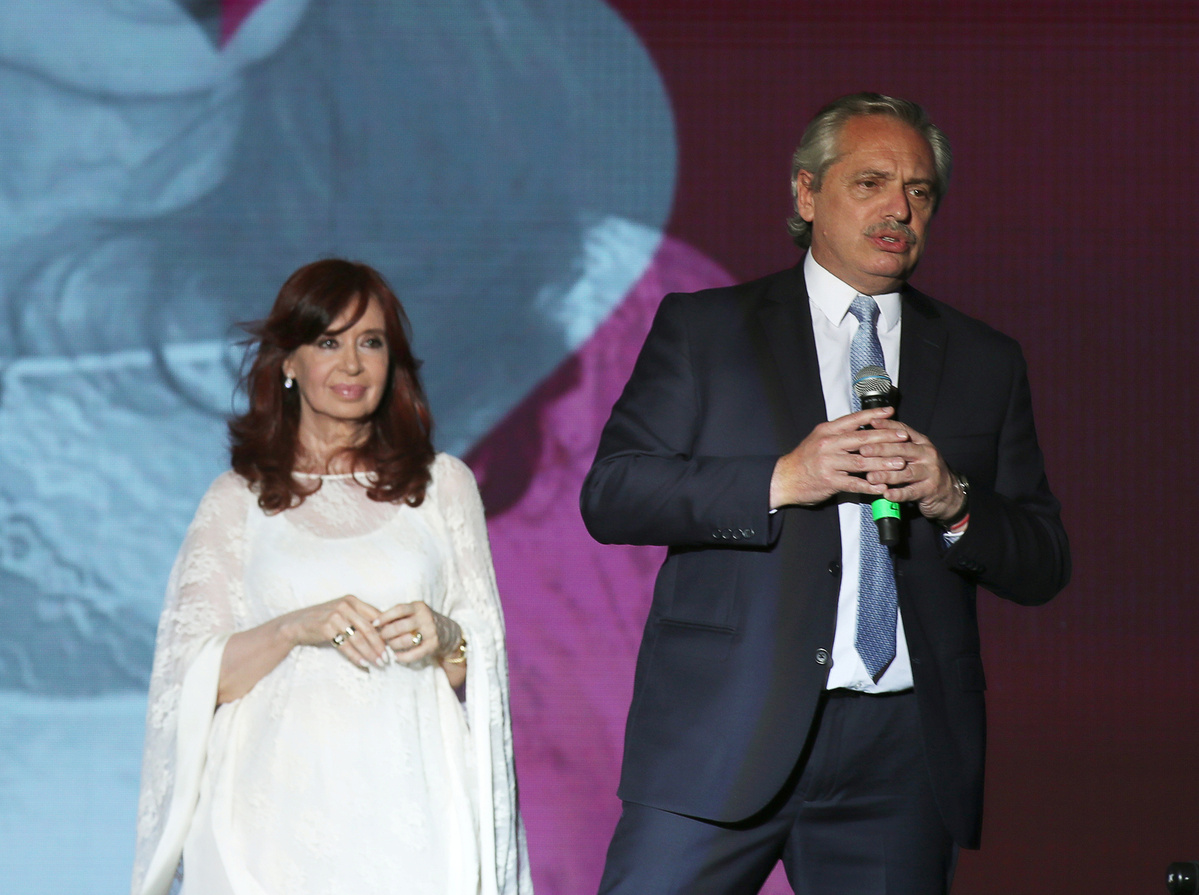 Alberto Fernandez, of the Everyone's Front coalition, was sworn in as President of Argentina on Tuesday at a ceremony in the National Congress.

In his first speech as president, Fernandez urged unity to help pull the country out of an intractable economic crisis and at the same time attend to the needs of the less privileged.

"I have come to call on you, without distinction, to put Argentina on its feet, so it can begin to walk, step by step, with dignity, on the path to development with social justice," said Fernandez.

Fernandez, 60, takes over from his predecessor Mauricio Macri.

As the third-largest economy in Latin America, after Brazil and Mexico, the country is currently influenced by a monetary crisis, which has led to a record loan amounting to nearly 60 billion dollars from the International Monetary Fund (IMF), its largest ever granted.

According to the IMF, Argentina is expected to end 2019 with a more than 3 percent contraction in the gross domestic product (GDP).

In addition, accumulated inflation between January and October rose to 42.2 percent, unemployment is running at 10.6 percent, and the poverty rate is at 35.4 percent.

"Without bread, there is no democracy or liberty," said Fernandez, adding that his administration's first move will be to launch Argentina's Comprehensive Plan Against Hunger.

Fernandez indicated that his government plans to renegotiate the terms of the IMF loan to enable economic recovery.

The incoming government will strive to alleviate the debt burden and resume the development of a productive economy that will allow the country to export and in that way create the capacity to pay, Fernandez said.