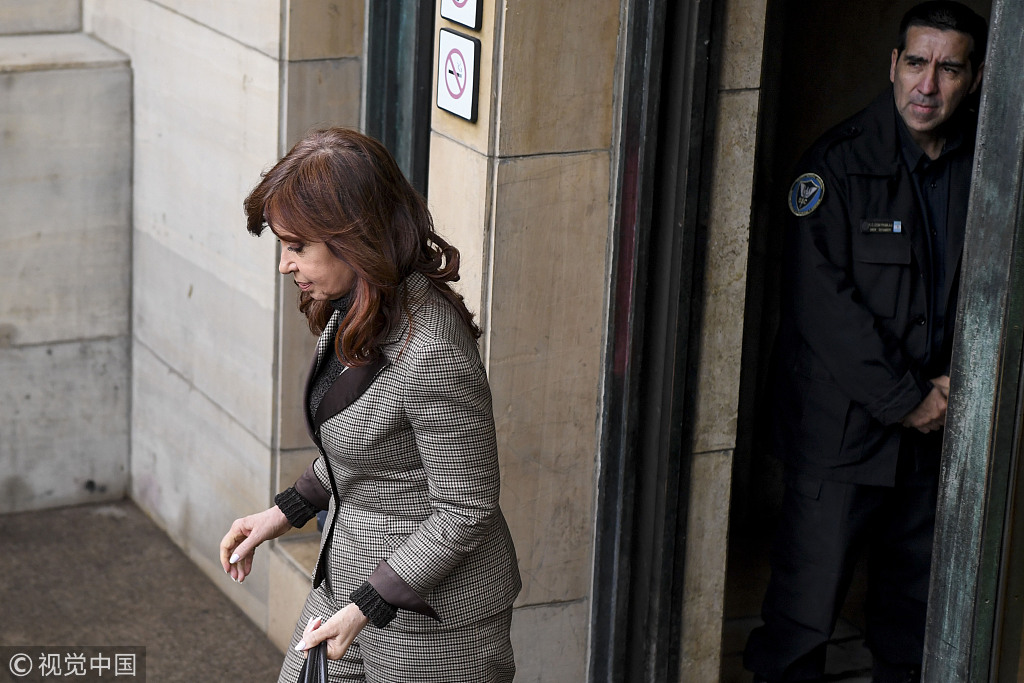 Federal Judge Claudio Bonadio ordered Fernandez to be taken into custody. As a senator, Fernandez has immunity from being arrested, so the order cannot be carried out and must first be put to the Senate for consideration.

Fernandez, an outspoken critic of her successor, President Mauricio Macri, has denied the accusations, describing them as politically driven to end her political career.

As part of the investigation, prosecutors have searched offices of several national and international companies, as well as properties belonging to Fernandez.