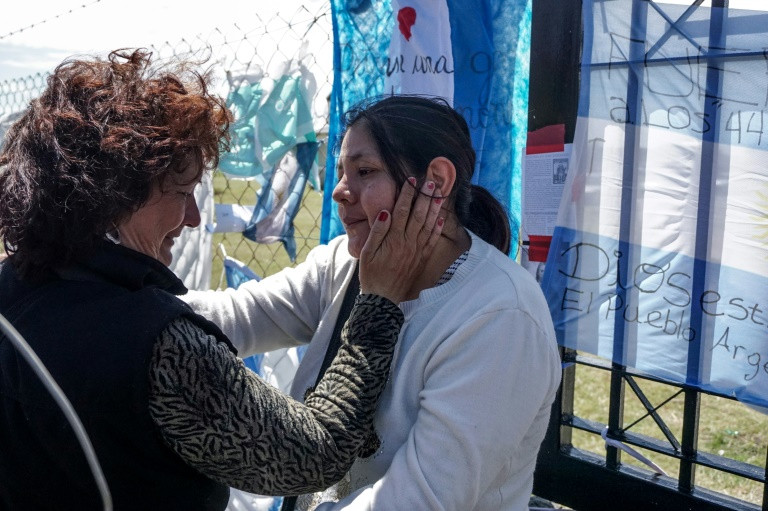 Family members of the ARA San Juan's 44 crew members are anxiously awaiting news at a naval base in Mar del Plata, but hopes were fading for their safe return      Photo: AFP

Argentina's navy said Wednesday it was investigating an unusual noise detected in the South Atlantic hours after it last communicated with a missing submarine, but refused to confirm whether it indicated an explosion.

The development came as the clock was ticking down on hopes of finding alive the 44 crew members now missing for a week despite a massive search of surface and seabed, amid fears their oxygen had run out.

The ARA San Juan would have had enough oxygen for its crew to survive underwater in the South Atlantic for seven days since its last contact, according to officials. At 0730 GMT Wednesday, that time had elapsed.

Navy spokesman Enrique Balbi told reporters a "hydro-acoustic anomaly" was detected in the ocean almost three hours after the last communication with the vessel on November 15, 30 miles (48 kilometers) north of its last known position.

Asked if the noise could have been an explosion, the spokesman declined to speculate, saying only: "It has to be corroborated and looked into."

Balbi added: "We are in a very dangerous situation, and one that is getting worse."

It was not immediately clear why the navy was only announcing the noise on Wednesday.