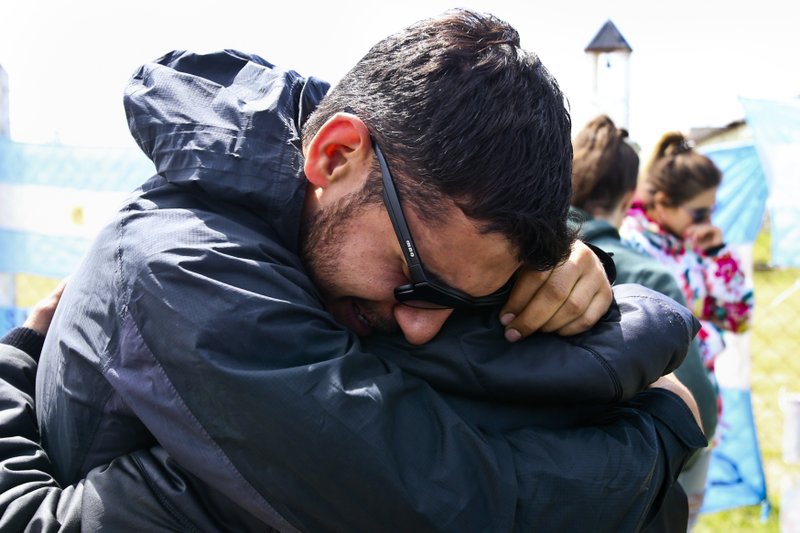 The round-the-clock international search for a submarine that has been lost in the South Atlantic for nine days is accelerating amid growing fears for its 44 crew members.

The Argentine navy says an explosion occurred near the time and place where the sub went missing on Nov. 15. That’s led some family members of the crew to give up hope of a rescue. Navy officials and outside experts worry that even if the ARA San Juan is intact but submerged, its crew may be running out of oxygen.

But spokesman Enrique Balbi said Friday that Russia is sending an Antonov transport aircraft and a ship is being adapted in the southern Patagonian port of Comodoro Rivadavia to carry a U.S. Navy submarine rescue chamber to the area.

“Despite all the effort that has been carried out, we haven’t been able to find the San Juan submarine,” Balbi told reporters. “The search ends when we find the vessel.”

More than a dozen airplanes and ships have been participating in the multinational search despite stormy weather that has caused powerful waves. Search teams are ranging across an area of some 185,000 square miles (480,000 square kilometers), which is roughly the size of Spain.

The German-built diesel-electric TR-1700 class submarine was commissioned in 1985 and was most recently refitted in 2014.

Some relatives of the crew have lashed out at the navy for its response and for putting their loved ones at risk in a vessel that is more than 30 years old.

But Balbi has defended the Argentine navy, saying that “with respect to the maintenance and state of our naval and air units, no unit ever leaves port or takes off if it isn’t in operating conditions to navigate or fly with total security.”