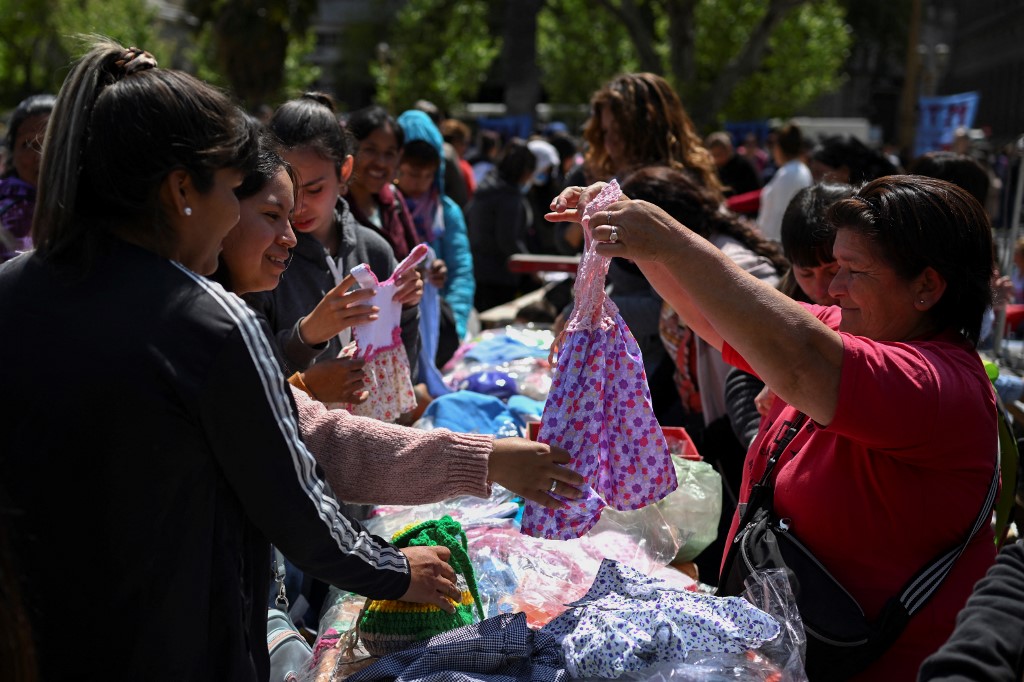 Members of social movements participate in a barter market for goods, as part of a protest against low wages and high inflation at Plaza de Mayo square, in front of Casa Rosada presidential palace in Buenos Aires, on October 3, 2022. (File photo: AFP)

The goods and services that saw the biggest jump in price, year over year, were "clothing and footwear," with a 121.5 percent increase; "restaurants and hotels," with a 105.2 percent rise; and "food and non-alcoholic beverages," with a 91.6 percent increase, the INDEC said.

Accumulated annual inflation (since January) saw the price of "clothing and footwear" rise 103.1 percent, followed by "restaurants and hotels" 84.6 percent, and "food and non-alcoholic beverages" 80 percent.

Over the past 12 months, prices of goods in Argentina rose 91.8 percent and those of services 78.4 percent.

Argentina's government has said fighting inflation is one of its main economic policy goals.

According to the Central Bank of Argentina's latest survey of market expectations, inflation could hit three digits toward the end of the current year to reach 100 percent.