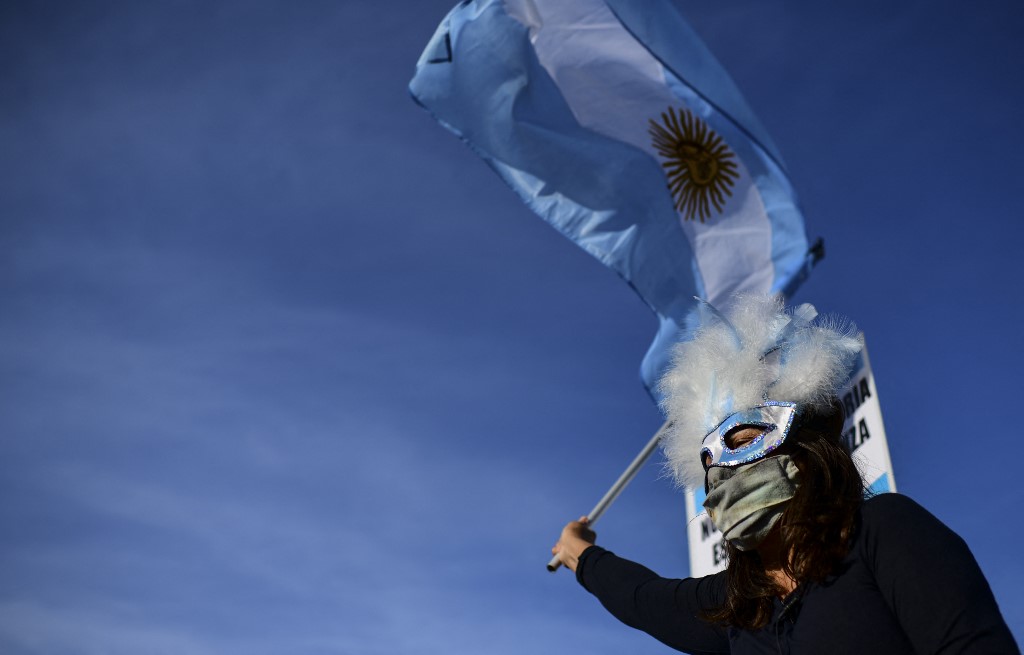 A woman takes part in a protest against Argentine President Alberto Fernandez and the new restrictions to mitigate the spread of the novel coronavirus, at 9 de Julio Avenue in Buenos Aires, on April 17, 2021. (File photo: AFP)

The figures raise the country's pandemic death toll to 71,771 and the accumulated caseload to 3,371,508, according to the latest report from the Ministry of Health.

According to information from the Public Vaccination Monitor, 10,344,111 vaccine doses have been administered nationwide since the end of December.

Argentina will extend a nighttime curfew to curb the spread of COVID-19 beyond its original May 21 deadline, Argentine President Alberto Fernandez said Tuesday.

"Restricting circulation is something that I have not wanted, but there is no way to resolve the issue other than this," state news agency Telam cited Fernandez as telling reporters.