BUENOS AIRES, April 7 (Xinhua) -- Argentina registered 22,039 new COVID-19 infections on Wednesday, the highest number recorded in a single day since March of last year, bringing the total number of confirmed cases to 2,450,068, according to the Ministry of Health. 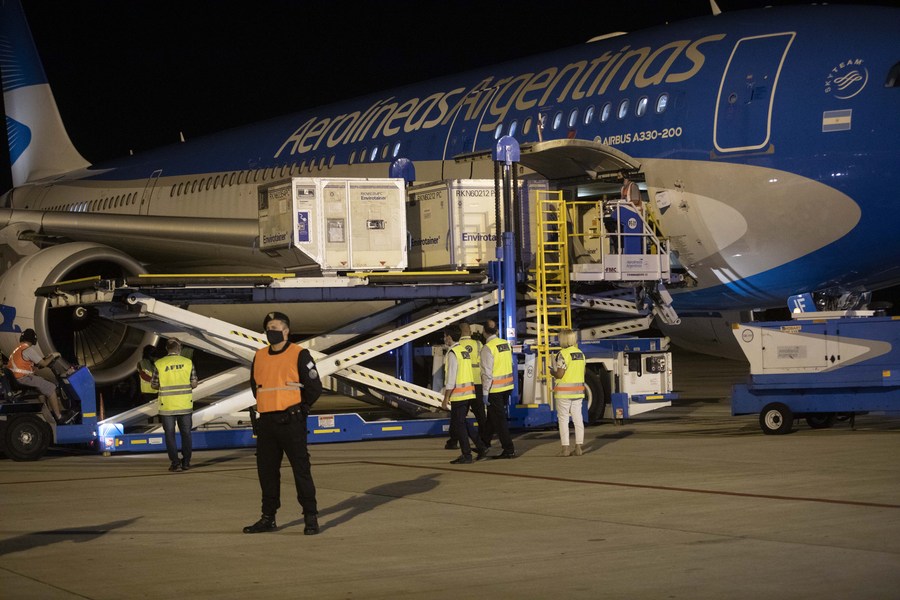 The ministry reported that in the province of Buenos Aires and the Federal District alone there were more than 13,500 cases in the last 24 hours, leading the government to evaluate new measures to limit the use of public transport and restrict nighttime traffic.

The province of Buenos Aires, the most populated in country, leads the list of most COVID-19 cases with 1,037,954.

Argentina started its vaccination campaign against COVID-19 on Dec. 29 and has already administered 4,713,723 doses, as it remains under preventive measures until April 9.