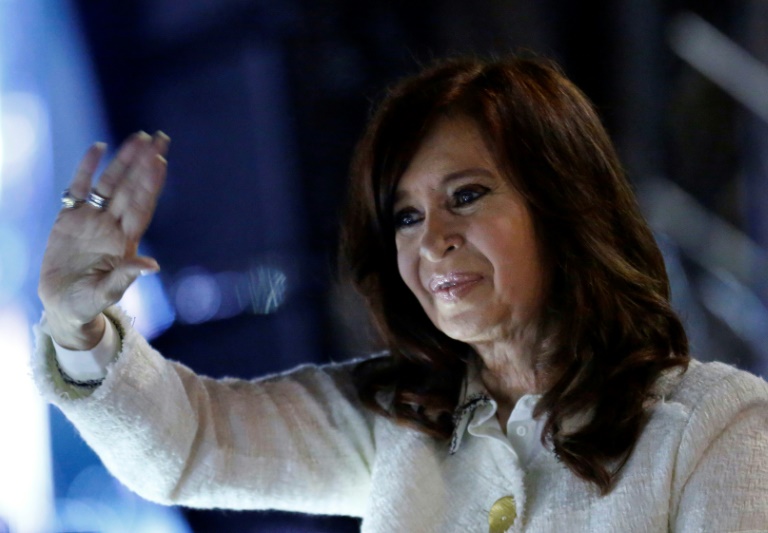 With polls giving her strong support ahead of October elections, former Argentine president Cristina Kirchner made the surprise announcement Saturday that she will seek the vice presidency.

The announcement, made in a 12-minute video posted on social media, comes just three days before the leftist politician goes on trial on corruption charges.

Kirchner, 66, was widely tipped in polls to win the presidency, but she said in the video that she was asking former cabinet chief Alberto Fernandez to run at the top of the ticket as they seek to oust center-right President Mauricio Macri.

Fernandez, who was chief of staff to Kirchner's husband Nestor from 2003-2007 before holding the same position during her presidency, said he had accepted the offer as soon as he received it, on Wednesday.

He is considered a moderate. Nestor Kirchner died in 2010. Fernandez is also Kirchner's maiden name.

Primary elections are set for August 11.

"We will work together to clean up an economy that day after day is condemning Argentines to a life of poverty," the presidential candidate said, referring to the country's economic crisis.

In her video, Kirchner said Argentines were living through "really dramatic" times, with more people than ever "sleeping on the streets, with problems at work or crying as they face electric or gas bills they cannot pay."

Macri responded to Kirchner's move by warning that "returning to the past would be self-destructive. We are on the right path."

A series of corruption scandals shadowed Kirchner's 2007-2015 presidency but she has retained a strong base of support, notably among the poorest Argentines.

That had helped make her a favorite in polling ahead of the October 27 presidential election, with some surveys putting her ahead of Macri.

Judge Claudio Bonadio had asked that Kirchner be held in pre-trial detention, but the parliamentary immunity she enjoys as a senator spared her.

It does not protect her from prosecution, however, and on Tuesday she faces a trial on charges of diverting public funds.