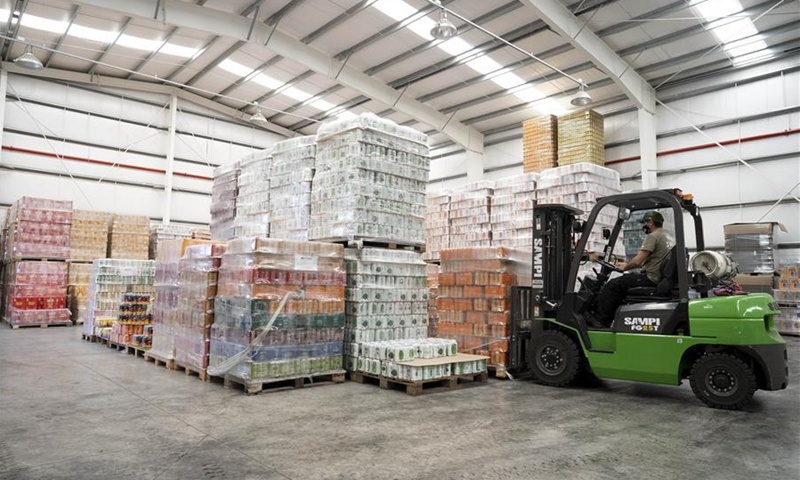 A worker transports canned beer at a microbrewery in Pilar, Argentina, on Oct. 2, 2020. (Photo by Martin Zabala/Xinhua) 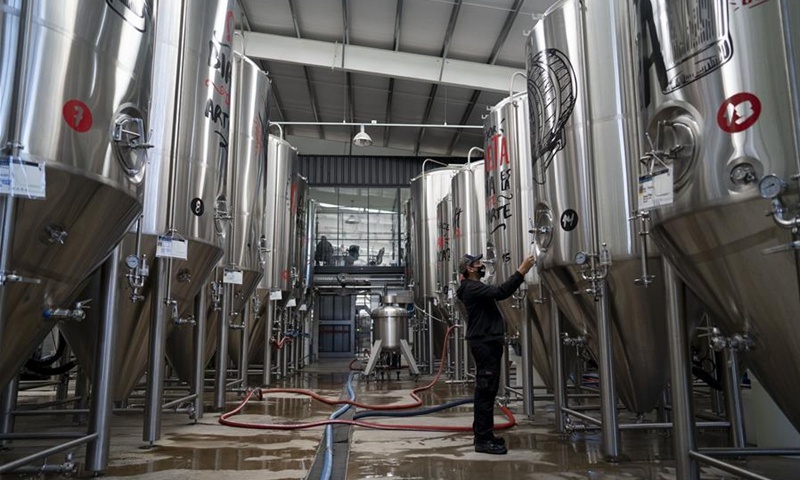 A person works at a microbrewery in Pilar, Argentina, on Oct. 2, 2020. (Photo by Martin Zabala/Xinhua) 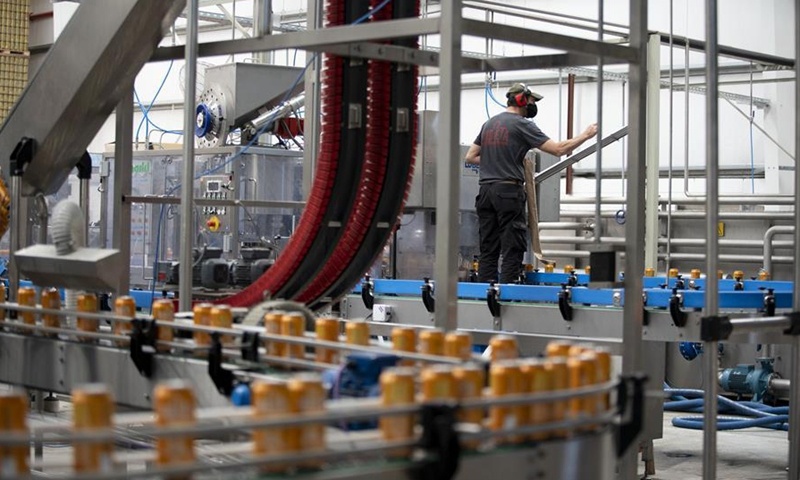 A person works at a microbrewery in Pilar, Argentina, on Oct. 2, 2020. (Photo by Martin Zabala/Xinhua)

Argentine microbreweries are setting their sights on China's thriving consumer market and its openness to new gourmet experiences, as they seek to expand their market.

"In choosing China, we looked at its market potential, what was happening with the beer industry there and, in particular, with the craft beer market," said De Achaval.

"Like any introduction into a market, it is a great challenge" but "expectations are high," he added.

Xinhua reporters toured the company's plant in the city of Pilar, 52 km north of the capital Buenos Aires, a complex with the capacity to brew more than 200,000 liters a month and produce up to 33,000 cans per day.

"We understand Chinese consumers are becoming very sophisticated in terms of consuming craft beer," said De Achaval, adding that he hopes Rabieta will be very well perceived by Chinese consumers.

Two more shipments to China are under preparation, with a total of about 150,000 cans of Golden, Red Honey, Red Irish and Red IPA craft beers to be exported, four of the seven varieties Rabieta produces.

"We sent them samples of all our varieties and they chose the four that we sent," said De Achaval, referring to the company's distributor in China.

"The selection has to do with the Chinese palate," he said, "The distributor understood that those beers would be the ones that would have the best acceptance at this initial stage."

China is the first export market for the company, which is founded three years ago and already known throughout Argentina.

Once the distribution in the city of Shanghai and the Hong Kong Special Administrative Region is consolidated, the company plans to expand to the southern city of Guangzhou.

"Hopefully there will be millions" of more cans of our beer exported to China later, said Tomas Fellner, another founding partner of Rabieta.

The company is looking to China because the trade ties between China and Argentina have great potential, he said.

"The idea is to develop this segment of craft beers in China, then understand the market and start making ad-hoc products for the Chinese market" using Chinese ingredients and products, he added.

Argentina closed restaurants and bars to contain the spread of COVID-19, which affects beer industries to some extent, further motivating the company to explore new markets, said Fellner.

"Our strategy was always focused on making a product of the highest quality that can be exported. What the pandemic did was to accelerate the process" of looking for a market outside Argentina, he added.

China is one of those places with enormous potential, Fellner said, adding that "when it comes to talking about exports, quality products and craft beer, we immediately think of China."