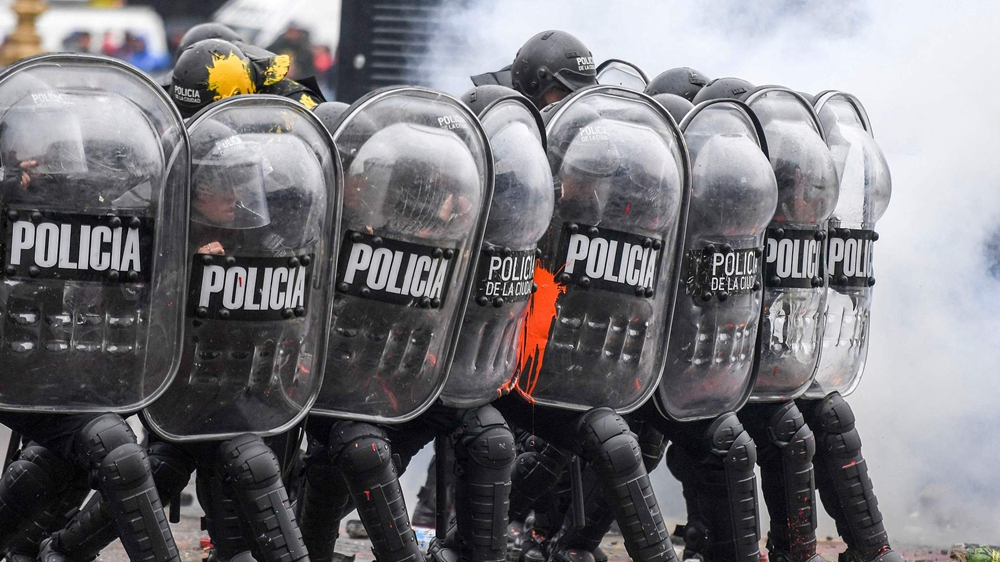 Thousands of protesters, led by teachers, social organization members and groups opposing President Mauricio Macri's austerity measures, gathered in front of the Congress building. And some of them hurled rocks, sticks and trash at police who shot rubber bullets and used metal barriers to control the crowd.

Some protesters were seen hurling tear gas canisters back at police lines. Authorities quickly reinforced with a large group of motorcycle police who descended on the crowd.

Tensions are rising in Latin America's third largest economy, which is projected by the budget bill to contract 2.4 percent this year and 0.5 percent in 2019. Public utility subsidy cuts are forcing home heating and electricity bills higher, while fueling inflation had been expected by the government at 42 percent this year.

The legislators began discussing the budget in a plenary session shortly before noon. Macri needs the budget to pass to maintain his economic adjustment plan and continue efforts to turn Argentina's recession-hit economy around.

As police moved to stem the violence, lawmakers inside the capitol building squabbled and argued loudly over sticking points.

The budget features sharp reductions in government spending and tax increases aimed at cutting the primary fiscal deficit from a projected 2.7 percent of gross domestic product this year to zero in 2019.

Macri has committed to balancing the budget at the behest of the International Monetary Fund, which signed a 57 billion US dollars standby financing agreement with the government earlier this year. Macri went to the fund for help after market jitters about the country's increasing debt load caused a slide in the peso.

The local currency is down about 50 percent so far this year. Argentina is in the spotlight of emerging markets as it prepares to host a meeting of the G20 at the end of November.

Analysts expect the budget to pass, but are cautious about the government's ability to implement austerity measures.