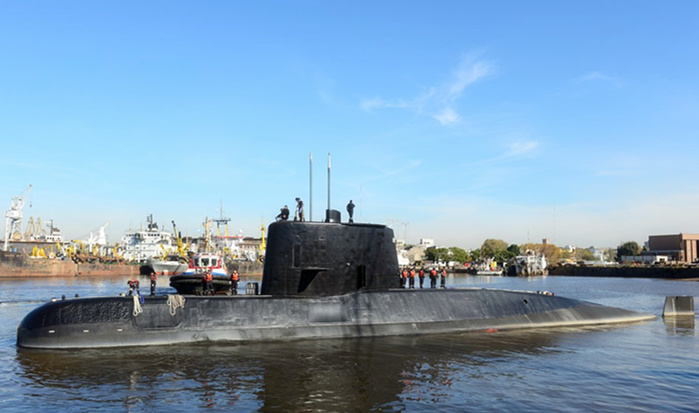 BUENOS AIRES, Nov. 17 (Xinhua) -- Argentina's ARA San Juan submarine, which went missing a year ago, has been located some 800 meters near the Valdes Peninsula in the southern Atlantic, the Navy said Saturday.

The U.S. company Ocean Infinity, contracted by the Argentine authorities to search for the missing submarine, made the discovery.

On Thursday, the U.S. company detected an unknown object, named Object 24, on the ocean floor. Closer inspection using a remote-controlled submersible revealed it to be the missing vessel.

"Through the observation made with an ROV at 800 meters deep, positive identification has been given to #AraSanJuan," the Navy tweeted.

The navy lost contact with the submarine on Nov. 15 last year, about 430 kilometers from the Argentine coast. It was on its way back to the naval base at Mar del Plata on the country's east coast with 44 crew members on board.

A massive international search was launched after the submarine went missing, but hopes of finding the crew alive dimmed and the search was scaled down weeks later.