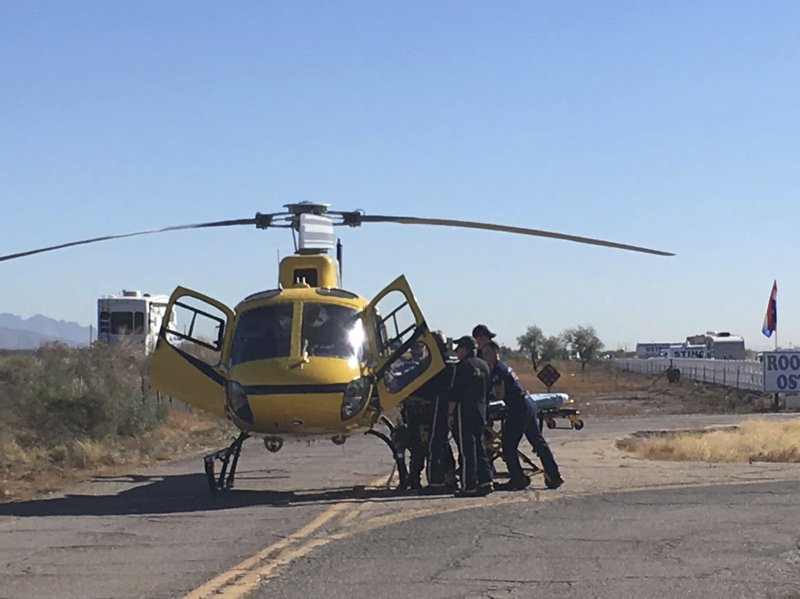 Monster truck tours at an Arizona ostrich farm have been suspended following a rollover involving a dozen people.

KVOA-TV in Tucson reports that the Rooster Cogburn Ostrich Ranch announced this weekend that it would stop running the tours after a truck overturned Friday with 12 people inside.

Three people who were injured, including the driver, were airlifted to a hospital.

Pinal County sheriff’s spokeswoman Navideh Forghani said Tuesday that all of the injured have been released from hospitals.

Authorities do not yet know the cause of the rollover or if anyone would face charges.

The ranch is just off Interstate 10, about 75 miles (121 kilometers) southeast of Phoenix.