Only eight intensive care unit beds were available in the state of Arkansas on Monday, its governor said, as the rapid spread of the Delta variant of the coronavirus pushed cases and hospitalizations in the United States to a six-month high. 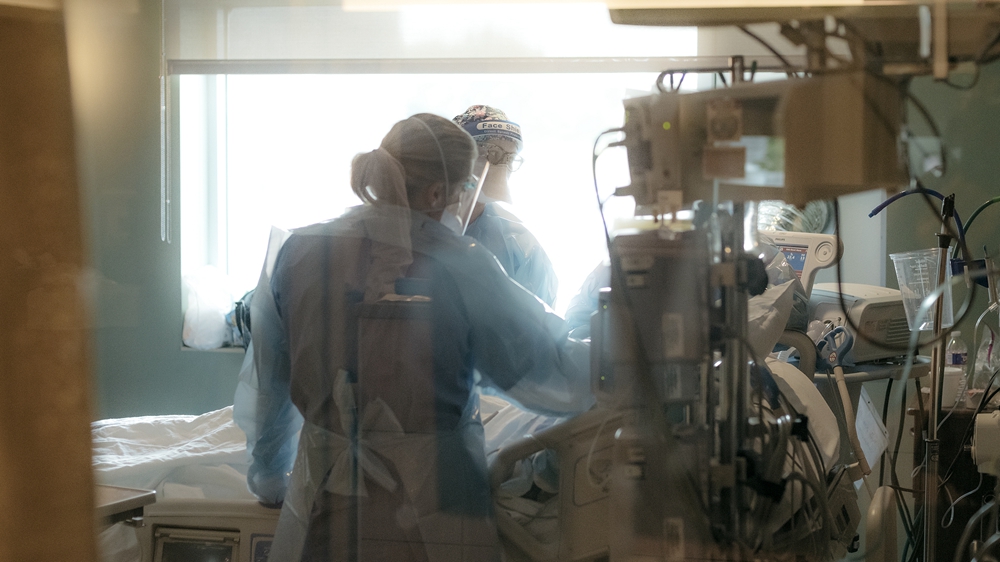 Nurses check on a patient in the intensive care unit on the COVID-19 ward at NEA Baptist Memorial Hospital in Jonesboro, Arkansas, US, August 4, 2021. /CFP

"We saw the largest single-day increase in hospitalizations and have eclipsed our previous high of COVID-19 hospitalizations," Arkansas Governor Asa Hutchinson said on Twitter. "There are currently only eight ICU beds available in the state."

Hutchinson, a Republican, urged Arkansans to get vaccinated against the pandemic, which many of his constituents have been hesitant to do in part because of widespread disinformation about COVID-19 vaccines.

In neighboring Texas, Governor Greg Abbott asked hospitals to postpone elective surgeries as the variant raged through swathes of the country, including many southern states grappling with low vaccination rates.

Nationwide, COVID-19 cases have averaged 100,000 for three days in a row, up 35 percent over the past week, according to a Reuters tally of public health data. Louisiana, Florida and Arkansas reported the most new cases in the past week, based on population.

Hospitalizations rose 40 percent and deaths, a lagging indicator, registered an 18 percent rise nationwide in the past week. 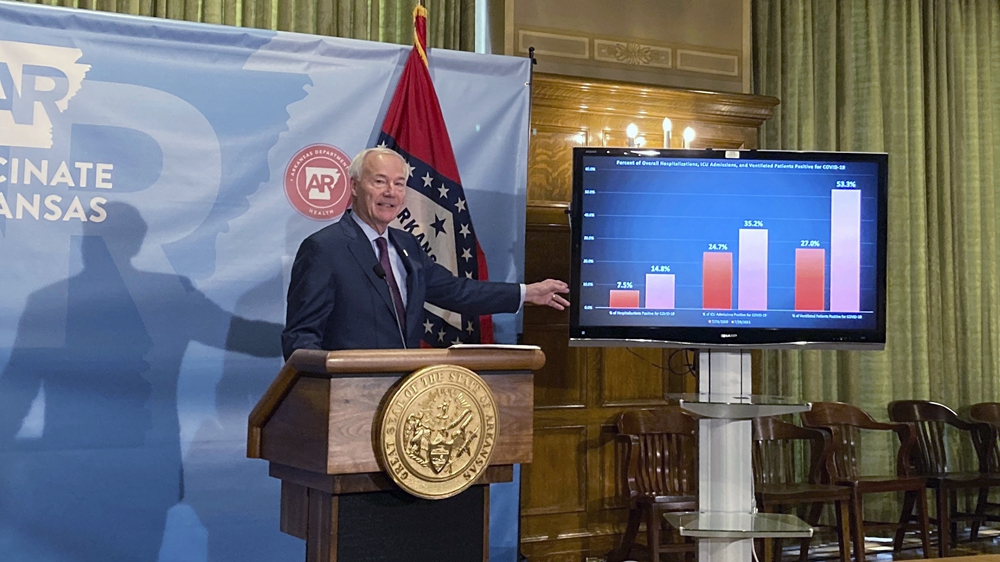 Arkansas Governor Asa Hutchinson stands next to a chart displaying COVID-19 hospitalization data as he speaks at a news conference at the state Capitol in Little Rock, Arkansas, US, July 29, 2021. /CFP

The head of the nation's second-largest teachers' union on Sunday announced a shift in course by backing mandated vaccinations for US teachers to protect students who are too young to be inoculated.

The number of children hospitalized with COVID-19 is rising across the country, a trend health experts attribute to the Delta variant being more likely to infect children than the original Alpha strain.

With the virus once again upending American lives after a brief summer lull, the push to vaccinate those still reluctant has gained fresh momentum.

The Pentagon on Monday said it would seek Biden's approval to require military members to get vaccinated by the middle of September.

The evolving pandemic and the rapid community spread spurred by the Delta variant have prompted the cancellation of some large-scale events. Last week, organizers canceled the New York Auto Show that had been set for later this month.

Meanwhile, the New Orleans Jazz Fest has been canceled for the second straight year as Louisiana fights a severe outbreak.