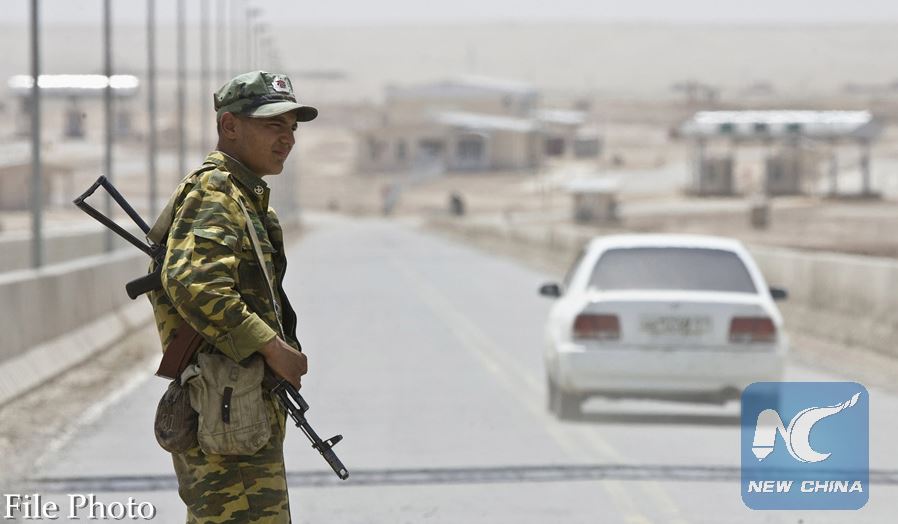 A frontier guard stands on a bridge to Afghanistan across Panj river in Panji Poyon border outpost, south of Dushanbe, Tajikistan, May 31, 2008. (File photo: Xinhua)

The tourists, who were killed while cycling some 90 km southeast of capital Dushanbe, were from the United States, Switzerland and the Netherlands.

The attackers jumped out of their car and attacked the group with knives on the road in Khatlon Province, according to the minister.

One suspect has been detained while one was killed in an operation conducted by local law enforcement bodies. Three other suspects are still at large, Rahimzoda said, adding that a special team has been set up to investigate the attack.