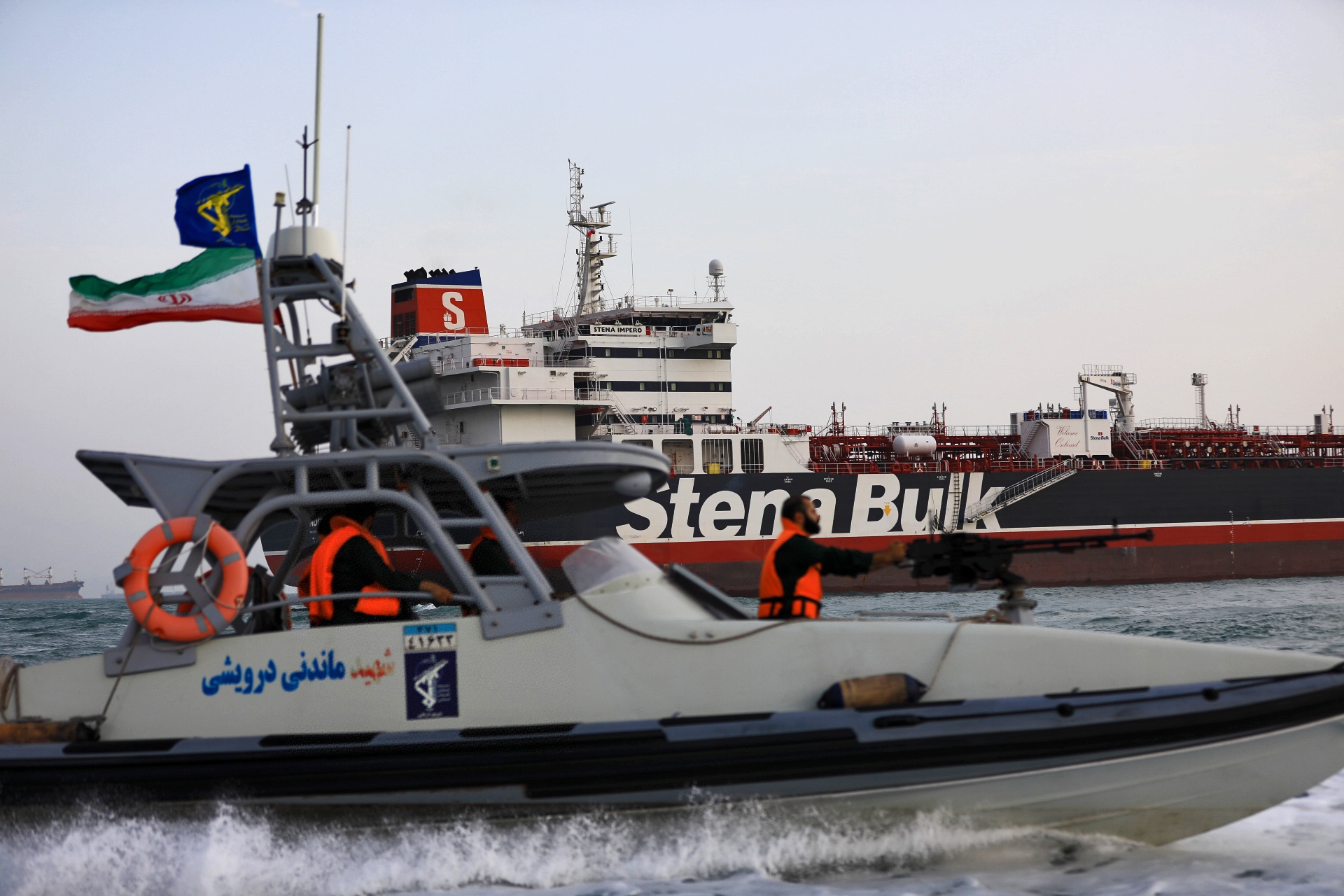 Armed men boarded a Hong Kong-flagged tanker ship Tuesday off the coast of Iran near the crucial Strait of Hormuz, holding the ship for a short time before releasing it amid heightened tensions between Tehran and the U.S., authorities said.

No one immediately claimed responsibility for the seizure, though suspicion fell on Iran’s paramilitary Revolutionary Guard. Iranian officials and state media did not immediately acknowledge the incident and the U.S. Navy’s Bahrain-based 5th Fleet did not respond to a request for comment.

The incident comes after a private maritime intelligence firm warned of suspicious incidents in recent days near the strait, through which a fifth of all oil is traded. Oil tankers previously have been a target during the tensions.

The incident happened near Iran’s Ras al-Kuh coast. The United Kingdom Maritime Trade Operations organization said in an alert that the vessel “had been boarded by armed men while at anchor.”

“All vessels in the vicinity are to stay vigilant and to report any incidents,” the warning said, urging ships to “exercise caution.”

The U.K. organization later said the ship had been released and was underway under its captain’s control, without elaborating.

Dryad Global, the private maritime intelligence firm that issued the first warnings about suspicious incidents, identified the ship as the Hong Kong-flagged SC Taipei bound for Saudi Arabia. It said the 22 crew members aboard were Chinese. It did not say how it knew the information.

The SC Taipei’s satellite tracking beacon showed it off the coast of Iran in the general vicinity of the warning, according to data from the website MarineTraffic.com.

The ship’s owners could not be immediately reached, though a United Nations database listed a mail-forwarding address for the owners associated with Shanghai-based Aoxing Ship Management. In March, the U.S. State Department sanctioned Aoxing Ship Management for “knowingly engaging in a significant transaction for the purchase, acquisition, sale, transport or marketing of petrochemical products from Iran” despite American sanctions.

That area of Iran is near the country’s restive Sistan and Baluchistan province, where Islamic militant attacks have happened in the past. However, they are not known to have previously attacked shipping. The ship’s tracking data suggested the armed men took the vessel to Bandar Jask, which the Guard did last year when it took custody of crew members from a Norwegian-owned oil tanker hit by an explosion the U.S. blamed on an Iranian mine.

The quick release of the ship suggests Iran realized only after the fact it had seized a Chinese vessel, rather than a Western one as in previous incidents. Iran has increasingly relied on China amid U.S. sanctions over its nuclear program.

“At a time when China still buys Iranian oil, and Iran has few international friends, such a move would be highly irregular and would not further Iran’s interests,” Dryad Global said.

Even as both face the same invisible enemy in the coronavirus pandemic, Iran and the United States remain locked in retaliatory pressure campaigns that now view the outbreak as just the latest battleground.

Online video and Iranian media reports suggest Iran has deployed Fajr-5 missile batteries on beaches along the Strait of Hormuz.

Dryad Global previously reported maritime incidents in and around the strait. On March 27, two boats with a raised ladder approached a U.S.-flagged container ship, while Revolutionary Guard vessels approached a ship on April 2, the firm said.

“The detention of a vessel in the Strait of Hormuz would fit comfortably within previous Iranian intent and capability ... and would provide an opportune ‘opening salvo’ in an Iranian attempt to release the pressures the country currently faces,” Dryad said Tuesday night.