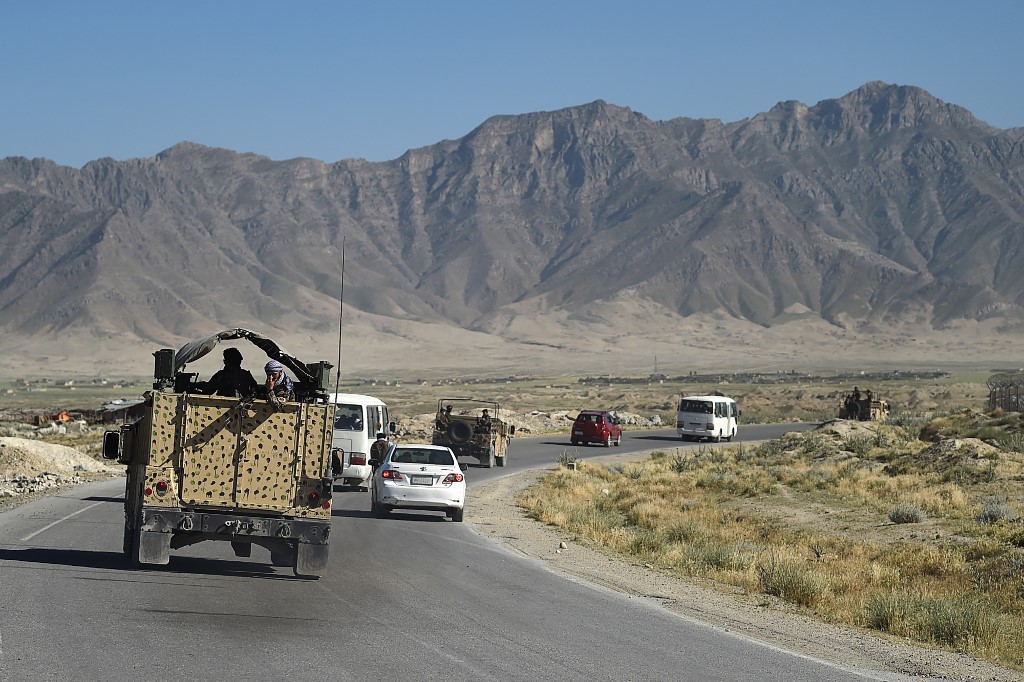 Afghan National Army (ANA) soldier escorts Taliban prisoners convoy during their release from the Bagram prison, in outside of the US military base in Bagram, some 50 km north of Kabul. (File photo: AFP)

"A group of armed insurgents intercepted a passenger bus with dozens on board in Childokhtaran area along the Herat city-Turghundi highway at about 07:00 a.m. (local time) and took it to an unknown location," Omarzai who serves as the district chief for Rubat-e-Sangi district told Xinhua.

The official accused Taliban militants of kidnapping the bus, but the armed group has yet to make any comments.

No group has claimed responsibility for the abduction yet.

Police have launched an operation to secure the safe release of the passengers, the official said.