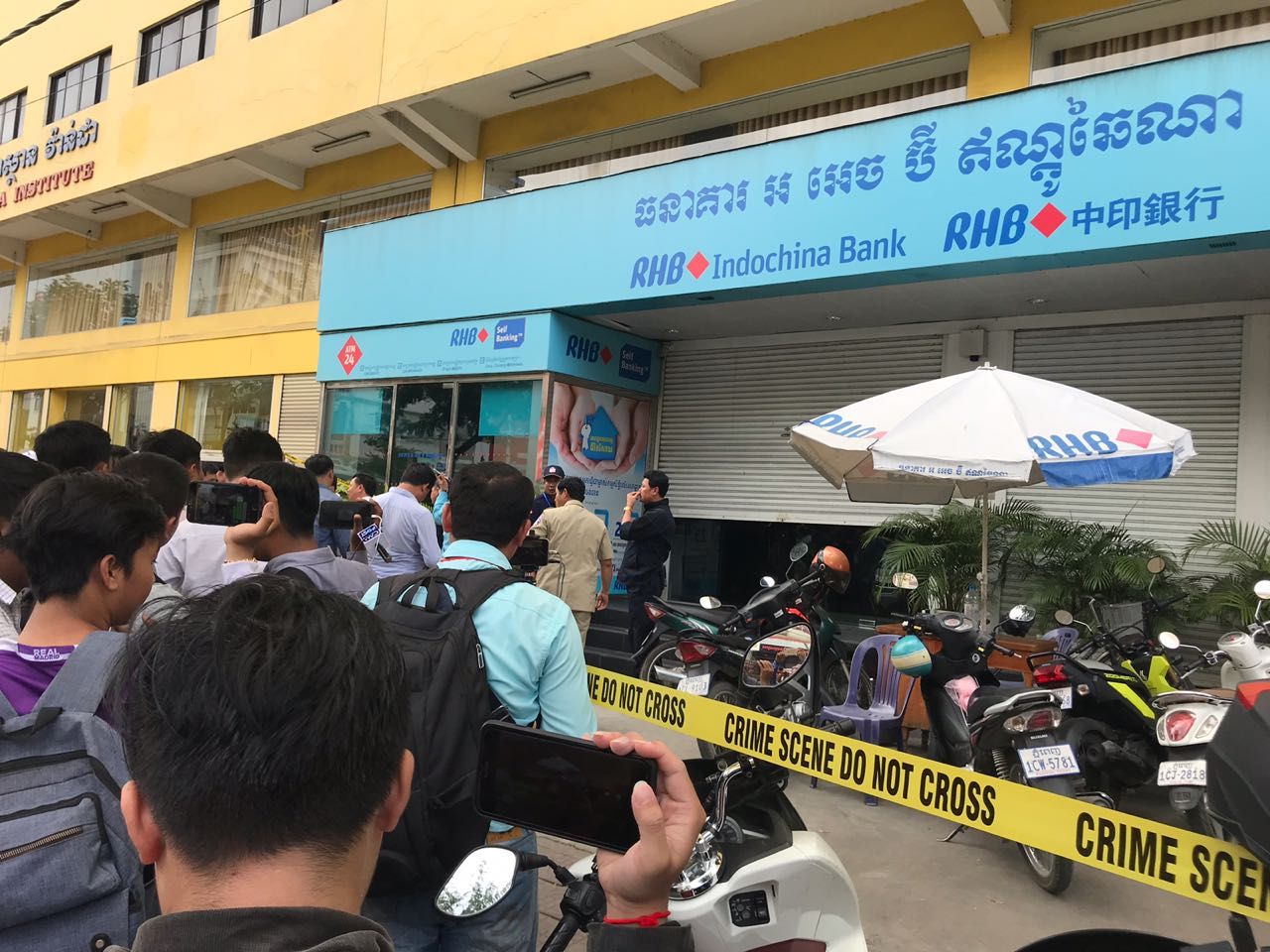 Siem Reap (People's Daily) - Five armed robbers with two short guns robbed RHB Indochina Bank in Phnom Penh, the capital city of Cambodia, on Thursday. The Cambodia China Times quoted the local police as saying about $100,000 was snatched and no one was hurt. A search for fugitives is underway.

It was around half past 12 local time when five robbers strolled into RHB Indochina Bank on Mao Tse Toung boulevard in Phnom Penh. They pointed guns at the security guards and forced bank clerks to hand over cash.

CCTV footage shows that the robbers were wearing safety helmets, gloves and in long-sleeve tops. They shoved the security guards into the bank, walked behind the counters, bagged the cash and fled by motorcycle shortly thereafter.

Based on a preliminary investigation, the robbers were possibly Cambodian, though their identities remained unclear, said Cambodian police.