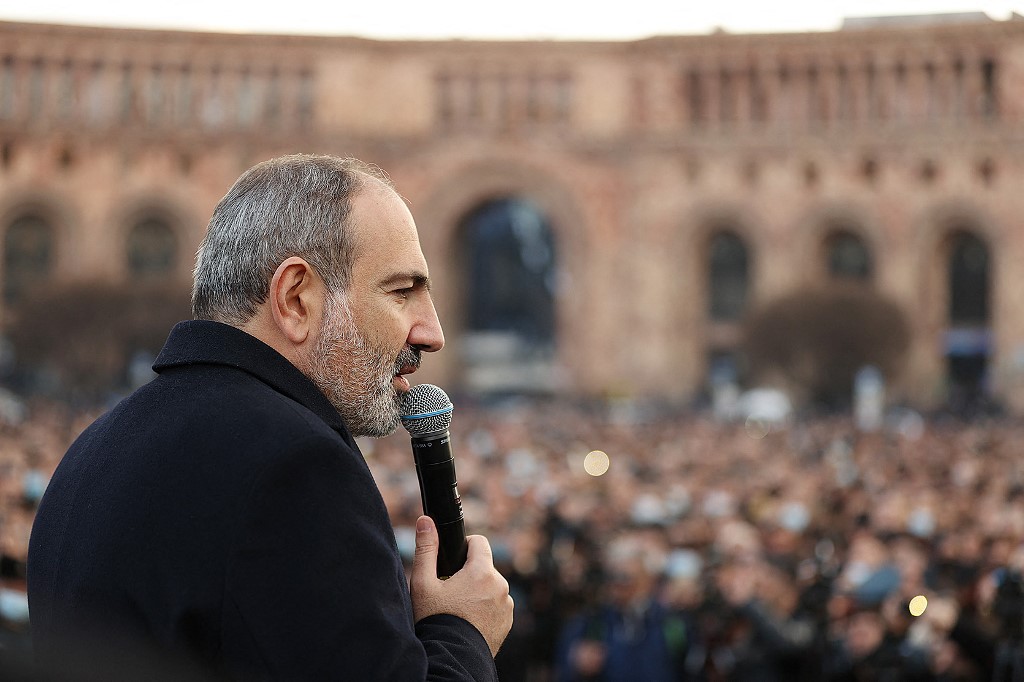 "We invite the representatives of political forces to hold discussions on the future. The decision on future activities must be made, considering the opinion of the people," said Pashinyan to his supporters after a rally led by him at the Garegin Nzdeh Square in downtown Yerevan, local Armenpress reported.

During the rally, he urged the army to fulfill their mission and stay away from politics.

He reiterated his position that the president of Armenia should sign the decree of sacking the Chief of the General Staff, or Onik Gasparyan should himself submit a resignation letter.

The opposition parties also hold rallies in the center of the capital city, calling on Pashinyan to resign immediately.

Meanwhile, Armenian President Armen Sarkissian released a statement, appealing to the parties and citizens for restraint and act within the framework of the Constitution.

Earlier Thursday, Pashinyan sacked the country's Chief of the General Staff Onik Gasparyan, accusing him of attempting a military coup.

Previously, Gasparyan, his deputies and dozens of top military commanders had signed a statement, demanding Pashinyan and his cabinet to resign.