Azerbaijan said Sunday that shelling by Armenian forces on the country's second largest city had left seven people dead, one day after a ceasefire between the two sides had been due to take effect. 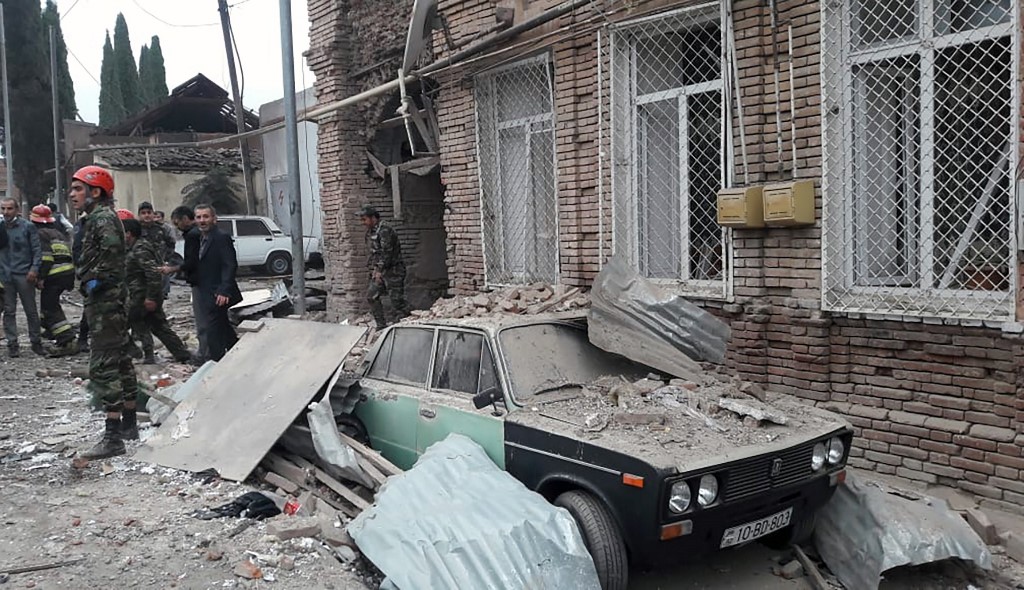 Emergencies personnel work in a damaged area of the city of Ganja following a reportedly Armenian rocket strike on October 4, 2020, during the ongoing fighting between Armenia and Azerbaijan over the breakaway Nagorno-Karabakh region. (File photo: AFP)

The agreed halt to fighting that has raged for two weeks entered into force at noon on Saturday and was approved by Armenian and Azerbaijani foreign ministers in marathon Russia-brokered talks in Moscow.

Clashes between the longstanding foes erupted again late last month over the disputed Nagorno-Karabakh region in Azerbaijan and the fierce fighting has left hundreds dead and thousands displaced.

The defence ministry in the breakaway region said Armenian forces were respecting the ceasefire and in turn accused Azerbaijan of shelling civilian areas.

Reports of "Karabakh forces shelling Ganja is an absolute lie," it added.

An AFP journalist in Stepanakert, the administrative centre of Karabakh, reported hearing loud explosions throughout the night.

The disputed territory is an ethnic Armenian enclave in Azerbaijan, home to about 150,000 people, which broke from Azerbaijan's control in a war in the 1990s that killed some 30,000 people.