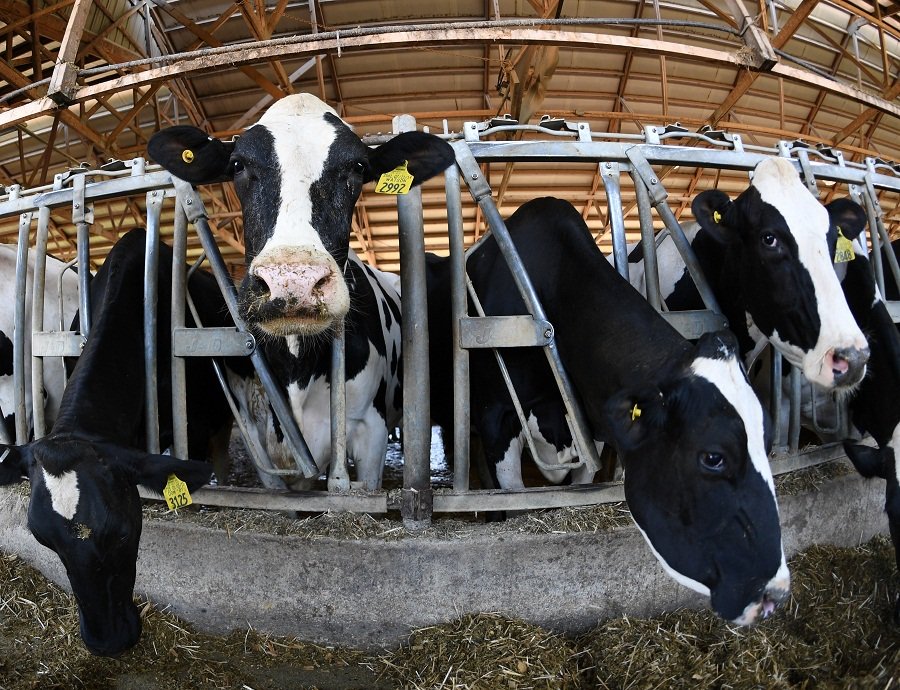 GENEVA - Despite sporadic overnight flash flooding in parts of Switzerland, there was little respite Tuesday as the Alpine country faces its driest summer on record, with mountain pastures shriveling and army helicopters being used to ferry water.

Since the start of weather records in 1864, there have been only three periods between April and July with less rainfall.

An army-backed operation to transport water to livestock in summer pastures is underway in the mountainous canton of Vaud in western Switzerland, the Swiss News Agency, SDA-ATS reported Tuesday.

Helicopters are taking water to cows grazing in the Jura Mountains and sub-Alpine pastures.

The government announced on Monday temporary measures to ease the heatwave-related difficulties faced by many farmers experiencing the drying up of their herd reservoirs.

Agriculture minister Johann Schneider Amman said the measures include easing customs tariffs on imported roughage such as hay and silo maize down to zero from 3 Swiss francs (3.02 U.S. dollars) for 100 kg.

Removing the tariff will compensate for a rise in import prices driven by the heatwave over much of Europe.

The Swiss Mountain Aid foundation said Alpine farms are particularly affected by the heatwave as the soil dries up on the slopes under the scorching heat.

Transporting water by tanker truck, or even by helicopter in the most remote areas, is costly.

Dairy cows need as much as 100 liters a day in such high temperatures.

Farmers cannot shoulder the burden alone, says the foundation, which has committed to covering about half of the total costs of water transportation to Alpine pastures.

"As a result of water shortages, farms would be deprived of fodder for the winter months," said the foundation's project manager, Kurt Zgraggen.