WORLD Around 20,000 remain stranded by flooding in eastern Australia

Around 20,000 remain stranded by flooding in eastern Australia 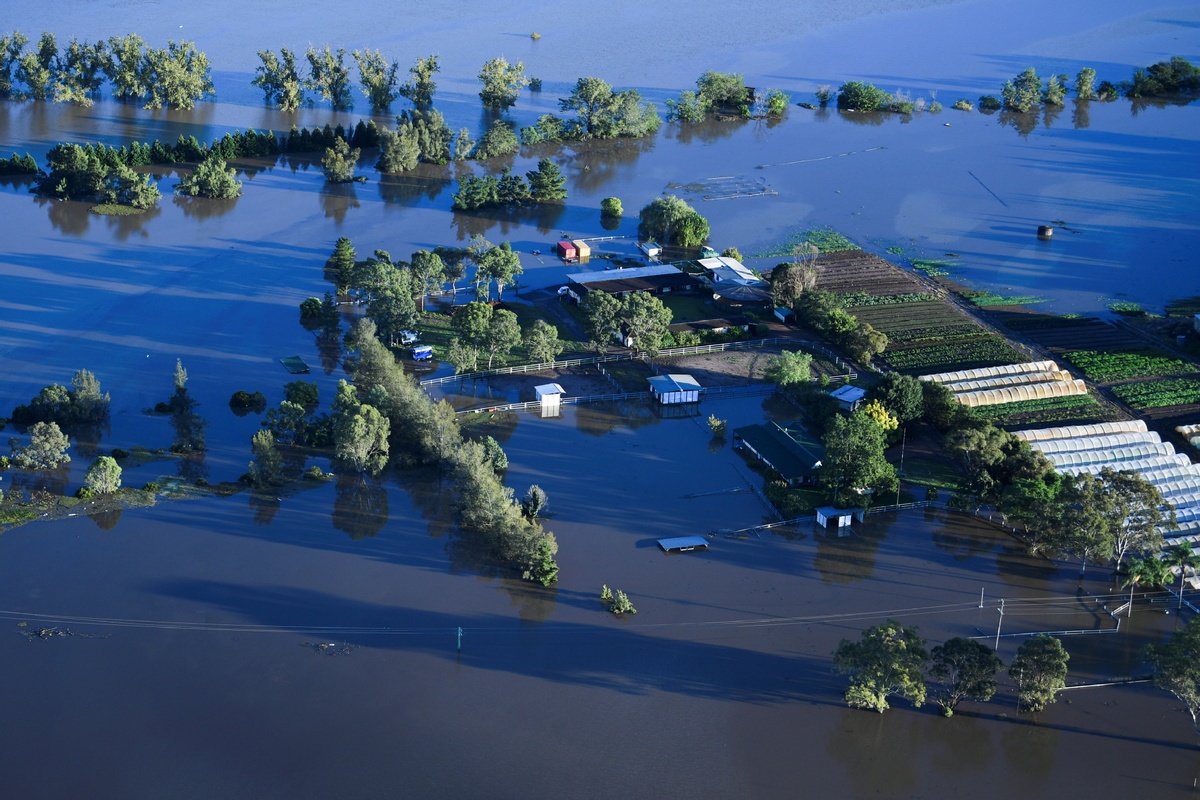 Flood affected areas are seen from a helicopter in the Windsor area near Sydney, Australia, March 24, 2021. (Photo: Agencies)

SYDNEY - Around 20,000 people remained stranded by major flooding in eastern Australia on Thursday, with water levels yet to drop in some parts despite an end to the rain.

"The weather systems that brought heavy rain to parts of eastern Australia have well and truly moved off into the Tasman Sea," the Bureau of Meteorology said in a statement.

New South Wales (NSW) Premier Gladys Berejiklian said with no rain forecast for the week ahead, floodwaters would gradually recede in most regions.

"It's believed that most river systems have peaked, however complacency is a concern for us. We need to make sure that everybody stays out of floodwaters," she said.

"The currents are very strong... and unpredictable flows will continue to occur in communities that haven't seen this amount of rainfall for up to 50 or 100 years."

Berejiklian called on residents to be patient while the threat subsided, particularly those who were still unable to return to their homes.

She said that 3,000 people had been able to return to their homes to assess damage, but tens of thousands more remained evacuated.

As water continued to flow into rivers, flood alerts remained in place for parts of northern NSW and the south coast of neighboring state, Queensland.