WORLD Around 83 pct of Spaniards in favor of vaccination: study

Around 83 pct of Spaniards in favor of vaccination: study

MADRID, Feb. 18 (Xinhua) -- A study published on Thursday by Spain's Center for Sociological Research (CIS) showed that 82.9 percent of the Spanish people are willing to be vaccinated against the coronavirus, compared with 72.5 percent of the population in January. 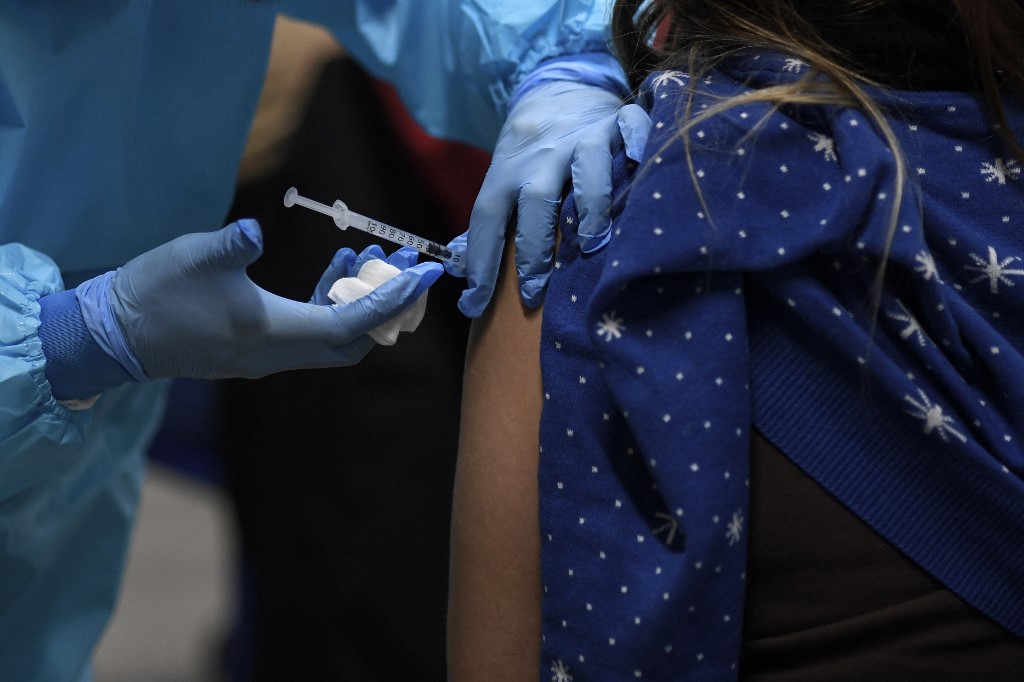 A health worker administers the Pfizer-BioNTech COVID-19 vaccine to a member of the Emergency Medical Services of Madrid (SUMMA) in Madrid on January 12, 2021. (File photo: AFP)

The reasons of those who opposed to receiving a vaccine were that they "did not trust" the vaccine (31.2 percent), with 18.5 percent saying they feared risks to health or side effects.

The study was carried out between Feb. 3 and 11 as Spain stepped up its campaign to vaccinate the population.

According to the data released by the Ministry of Health on Wednesday, 3,622,165 doses of vaccines (Pfizer/BioNtech, Moderna and AstraZenica) have been distributed among Spain's 17 autonomous regions, with 2,690,457 administered and with 1,119,180 people receiving both doses.

Health Minister Carolina Darias told reporters that a further 396,000 doses of the AstraZenica vaccine (which for the moment will only be given to people aged between 18-55) arrives in Spain this Thursday and will be distributed to the regions early next week.

Meanwhile, the Minister for Science, Innovation and Universities Pedro Duque said that a vaccine currently being developed by Spain's National Research Council (CSIC) would "be a reality in a few weeks."

"Before the middle of the year we will be vaccinating people in tests with a Spanish vaccine," said Duque.

Meanwhile, 250 candidate vaccines are still being developed worldwide -- 69 of them in clinical trials -- in countries including Germany, China, Russia, Britain and the United States, according to information released by the World Health Organization on Feb. 16.