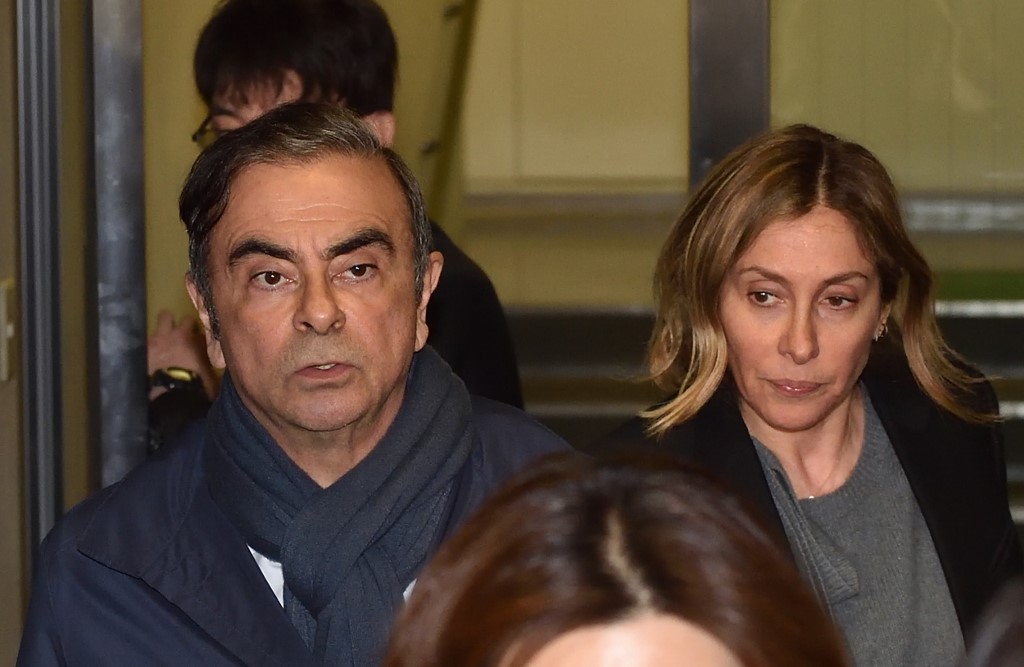 This file photo taken on April 3, 2019 shows former Nissan chairman Carlos Ghosn (L) and his wife Carole (R) leaving the office of his lawyer in Tokyo. (File photo by AFP)

In a statement, prosecutors said they had obtained the warrant on suspicion she made false statements during April testimony to the Tokyo district court about meetings with an unnamed individual.

Carlos Ghosn had been facing trial in Japan on charges of financial misconduct, which he denies, before fleeing the country in late December for Lebanon.

He had been freed on bail after agreeing to strict conditions, with prosecutors arguing he posed a flight risk.

The conditions included restrictions on contact with Carole, which was reportedly among the reasons he decided to jump bail and flee the country in an elaborately planned escape that has outraged Japanese officials.

Ghosn's second wife, Carole vocally led the campaign for her husband's freedom, insisting on his innocence and slamming Japanese prosecutors for what she deemed ill-treatment after his shock November 19, 2018 arrest.

She was initially prevented from seeing her husband, who was held in detention for more than 100 days after his arrest, and petitioned everyone from French President Emmanuel Macron to the White House seeking his release.

Ghosn, a globe-trotting auto titan who was once a giant of the industry, accuses executives at Japanese automaker Nissan of manufacturing the allegations against him in a "plot" to prevent closer integration with alliance partner Renault.