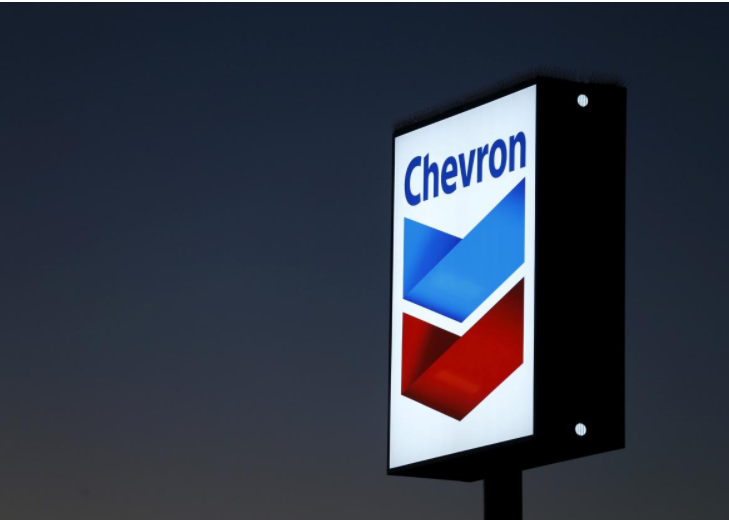 Two Chevron Corp. employees detained in Venezuela last week could be charged with treason for refusing to sign a parts contract for a joint venture with state-owned oil company PDVSA, according to two sources familiar with draft charges against the US firm’s executives.

The arrests, by national intelligence agents, marked the first at a Western oil firm in Venezuela and represent a dramatic escalation of growing tensions between PDVSA and foreign companies over control of supply contracts, the sources told Reuters.

The widening dispute could worsen operational chaos that has caused the OPEC nation’s oil output to plunge by 23 percent, or 450,000 barrels per day, since October.

“These detentions are going to accelerate the operational crisis,” another source with knowledge of Chevron’s operations told Reuters. “Procurement could end up in paralysis if nobody wants to take the risk of signing or authorizing anything.”

The draft treason charges - seen by Chevron lawyers last week, the two sources said - raised concern that the oil major could get caught in the crossfire between Washington and Venezuelan President Nicolas Maduro, who accuses the US government of sabotaging the economy to topple his administration. The United States has imposed sanctions on senior members of Maduro’s government and PDVSA.

The two Chevron employees were jailed when they refused to sign a supply contract written by PDVSA executives under an emergency decree - which skips the competitive bidding process, according to a half dozen sources close to the case. Such decrees have been cited by Venezuela prosecutors as a means of extracting bribes in some recent PDVSA corruption cases.

The Chevron employees balked when the parts were listed at more than double their market price in a contract worth several million dollars, one of the sources told Reuters. The workers oversaw operations and procurement at Petropiar, an oil upgrading project co-owned by PDVSA and Chevron to transform Orinoco Belt’s extra heavy crude into an exportable product.

Venezuela’s national intelligence service, Sebin, arrested the Chevron workers, Carlos Algarra and Rene Vasquez, in front of stunned co-workers in a raid of Chevron’s office in Puerto La Cruz and the upgrader on April 16. 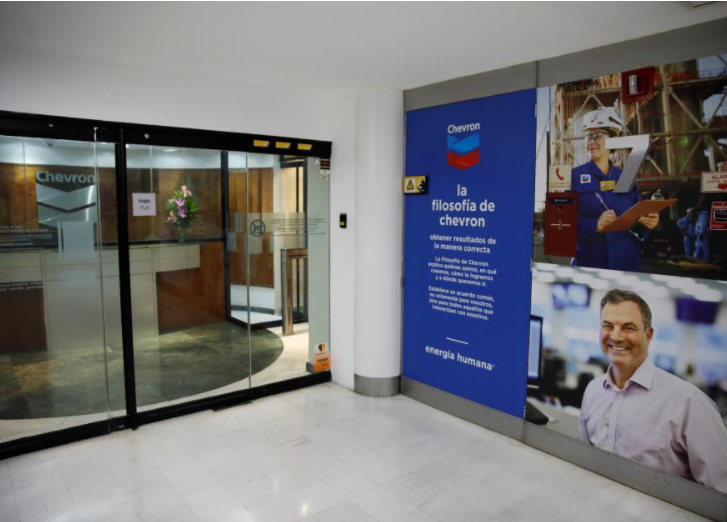 The logo of Chevron is seen in their office in Caracas, Venezuela April 18, 2018. (Photo: Reuters)

Venezuelan authorities have yet to comment on the arrest of the men, both Venezuelans, and no charges against them have been made public.

The Venezuela public prosecutor’s office declined to comment, and PDVSA did not respond to several requests for comment.

The arrests follow a purge that has seen more than 80 executives at PDVSA and its suppliers jailed for alleged corruption as the state firm’s new chief, Major General Manuel Quevedo, has sought to stamp his authority on the sector - the financial lifeblood of Venezuela’s unraveling socialist government.

Tensions between PDVSA and foreign oil companies have steadily risen since Quevedo took charge in November and appointed military officers who had little or no oil industry experience to senior jobs.

In February, the Petropiar upgrader had been temporarily halted because of problems scheduling its exports, and PDVSA executives were concerned it could be forced to stop again due to lack of spare parts, one of the sources said.

When the imported furnace parts did not arrive on time, PDVSA executives blamed the Chevron employees for the delays, according to the two sources familiar with the draft charges.

The men are being represented by Chevron lawyers. The charges against them have not been formalized and could change, the two sources said.

Venezuela defines treason as conspiring with foreign enemies against the state and proscribes punishment of up to 30 years in prison. Defendants are not entitled to due process protections afforded to those accused of other crimes, according to the statute.

As of Sunday, the two men were being held in the offices of the intelligence services in the coastal city of Barcelona, according to the two sources with knowledge of the draft charges.